"Thinking of You" is a song by American singer and songwriter Katy Perry, taken from her second studio album, One of the Boys (2008). The song is the third single from the album, and is one of the three songs on the album that Perry wrote solely herself. As of June 2012, "Thinking of You" is Perry's lowest charting single to date worldwide. The song peaked at only 29 on the US Billboard Hot 100 chart, her only song not to break the Top 10. The song also peaked at number 27 in the United Kingdom. Two versions of a music video were released. One was a promotional video which was directed by a friend of hers where she is in a white and dark apartment. The second version was the commercial released version, which received positive reception from music critics.

"Thinking of You" was written by Perry and produced by Butch Walker. Amateur video of Perry performing an entirely acoustic version at the Hotel CafÃ© in Los Angeles as early as 2006 is available on YouTube. The song is a pop ballad song and features acoustic instruments. The single was released on January 12, 2009, in the US, and in Australia seven days later. The CD single was released in Australia and Europe on March 9, 2009. The digital download was released soon after.

Perry performed the song on MuchMusic HQ's MuchOnDemand on December 15, 2008. The song was included in the international soundtrack to India, a Love Story, a Brazilian telenovela. She also performed on The Ellen DeGeneres Show, The Early Show, and Last Call with Carson Daly.

Outside of the US, Perry performed it on This Morning in the UK, and on at the Echo 2009 in the O2-World in Germany. Perry will perform the song at as part of a Live Lounge special for BBC Radio 1's Fearne Cotton on March 19, 2012 along with "Part of Me", "The One That Got Away", "Firework" and "Niggas in Paris". 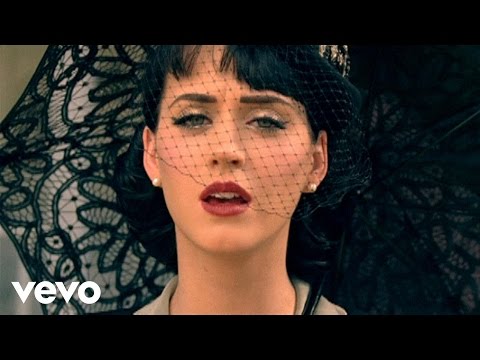