Track Description
"Lights" is a song by English recording artist Ellie Goulding from her debut album, Lights (2010). It was released in the United Kingdom on 13 March 2011 as the album's sixth single overall, and second from the Bright Lights re-release. Originally a bonus track on the iTunes edition of Lights, the song was re-edited for inclusion on Bright Lights in late 2010, serving as the single version.

The track was released as the lead single from Lights in North America in May 2011. In early May 2012, the single was certified platinum by the Recording Industry Association of America (RIAA), with sales of over 1.2 million downloads in the United States.

The music video for "Lights" was filmed by Sophie Muller on 21 September 2010 before the lead single from the Bright Lights re-release was changed to "Your Song". It was officially released on 20 January 2011. The video shows Goulding dancing, playing the drums and the tambourine whilst different lighting effects including lasers surround her as she sings. It also shows her in numerous scenes swinging different hand-held lights and torches around giving the impression of a light painting, whilst the camera produces a bullet time effect like those used in The Matrix. The lighting rig in the video was created by a small group of students from Middlesex University. 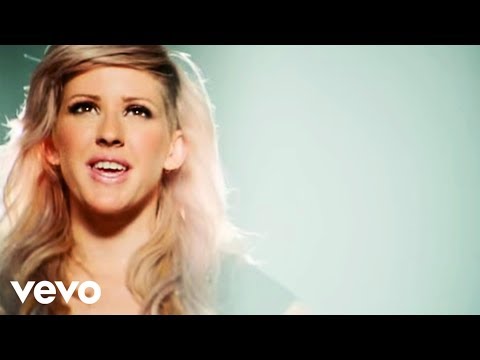