Crime of the Century

"Bloody Well Right" is a song by the progressive rock band Supertramp from their 1974 album Crime of the Century. It appeared as the B-side of the single "Dreamer" in 1974. Listeners in the United States preferred it to the A-side, and "Bloody Well Right" became their breakthrough hit in the country, peaking at number 35 on the Billboard Hot 100. It would remain the band's signature song in the U.S. for years to come.

Lyrical content
Davies consciously linked the song to the album's opening track "School" with the line "So you think your schooling is phoney", helping to perpetuate the false impression that Crime of the Century is a concept album. According to Hodgson, any unifying thread beyond that was left to the listener's imagination.

Structure
The song begins with Rick Davies playing a Wurlitzer electric piano 51-second piano solo, leading into the rest of the band joining in. There is then a guitar solo played by Roger Hodgson, making use of the wah-wah pedal, leading in the first sung word at the 1:38 mark in the song. The first verse and chorus occur with a short instrumental bridge into the second verse and second, slightly modified, chorus. The rest of the song is different variations of the chorus with a saxophone solo in the background. The song slowly fades away to the sound of the saxophone.

Live versions
This song became a staple in Supertramp concerts after its release. The song's length is extended live often reaching over seven minutes. It appears on Paris, Live '88, It Was the Best of Times, and Is Everybody Listening?.

Today
In the U.S., "Bloody Well Right" is one of Supertramp's most popular and recognizable songs. The song also appears on the compilation albums, The Very Best of Supertramp and Retrospectacle — The Supertramp Anthology. 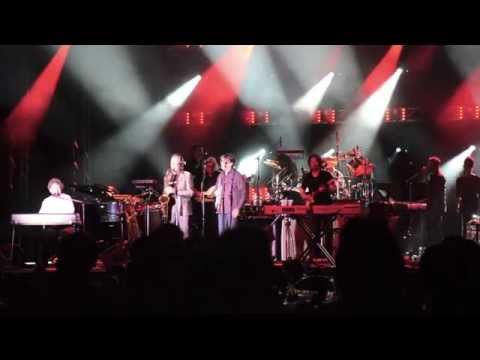