"Red Alert" is a song by English electronic music duo Basement Jaxx. It was released on 19 April 1999 by record label XL as the first single from their debut album, Remedy. The vocal from the track was provided by Blue James.

It reached number 5 in the UK Singles Chart and became their first number 1 hit on the U.S. Hot Dance Music/Club Play.

Craig Roseberry from Billboard cited Parliament and Funkadelic as inspirations for the track.

Red Alert contains a clean sample of the 1980 Locksmith single release on Arista records titled 'Chinese Funk Song'. This track, subtitled 'Far Beyond', was the 'B' side of 'Unlock the Funk' ID number K-8081. The intro section of the "Jaxx Club Mix" contains several electronic sound effect samples from various sources like the audible beeping sound used at pedestrian crossings for blind people in many countries including Australia.

Basement Jaxx remixed the track themselves calling it "Miracles Keep on Playin'". It appears on the "Rendez-Vu" single and samples The 'Jackson Sisters' track "Miracles".

The song has two different music videos, one for the UK and the other for the US. In the UK version, which was directed by Dawn Shadforth, Basement Jaxx work at a diner that is hit by a meteor that turns everyone into robot-like people. The US video takes place in a world where music is outlawed and follows cops as they find and bust musicians, similar to the plot of Fahrenheit 451 but substituting books with music. The video includes cameo appearances by other musicians being arrested, most notably Moby. 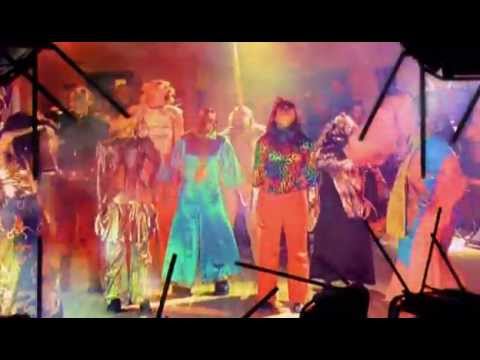