Track Description
"Bohemian Rhapsody" is a song by the British rock band Queen. It was written by Freddie Mercury for the band's 1975 album A Night at the Opera. It is a six-minute suite, consisting of several sections without a chorus: an intro, a ballad segment, an operatic passage, a hard rock part and a reflective coda. The song is a more accessible take on the 1970s progressive rock genre. It was reportedly the most expensive single ever made at the time of its release, although the exact cost of production cannot be determined.

When it was released as a single, "Bohemian Rhapsody" became a commercial success, staying at the top of the UK Singles Chart for nine weeks and selling more than a million copies by the end of January 1976. It reached number one again in 1991 for another five weeks when the same version was re-released following Mercury's death, eventually becoming the UK's third-best-selling single of all time. It is also the only song to be the UK Christmas number one twice by the same artist. It topped the charts in several other markets as well, including Canada, Australia, New Zealand, Ireland, and The Netherlands, later becoming one of the best-selling singles of all time selling over 6 million copies worldwide. In the United States, the song originally peaked at number nine in 1976. It returned to the chart at number two in 1992, and also appeared in the film Wayne's World, which contributed to the revival of its American popularity.

Although critical reaction was initially mixed, "Bohemian Rhapsody" remains one of Queen's most popular songs and is frequently considered one of the greatest rock songs of all time. The single was accompanied by a promotional video, which many scholars consider ground-breaking. Rolling Stone stated that its influence "cannot be overstated, practically inventing the music video seven years before MTV went on the air." The Guardian ranked the music video for "Bohemian Rhapsody" number 31 on their list of the 50 key events in rock music history, adding it ensured "videos would henceforth be a mandatory tool in the marketing of music".

In 2004, "Bohemian Rhapsody" was inducted into the Grammy Hall of Fame. In 2012, the song topped the list on an ITV nationwide poll in the UK to find "The Nation's Favourite Number One" over 60 years of music, while Mercury's vocal performance was chosen as the greatest in rock history by readers of Rolling Stone. 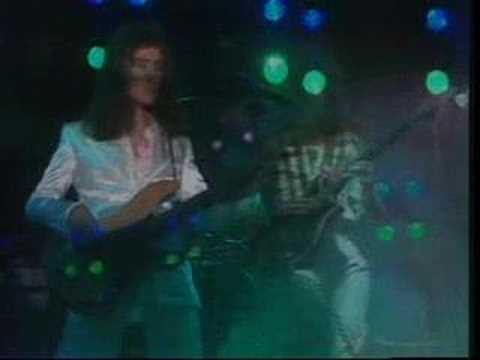