"Army of Me" is a song by Icelandic singer-songwriter Björk. It was released on April 21, 1995 by One Little Indian as the lead single from her second solo album Post (1995). The song was written and produced by Björk and Graham Massey, who helped her in producing and writing the majority of her second album. "Army of Me" was a commercial success, and the first single from Björk to enter in the top 10 of the UK Singles Chart. Lyrically, the song was inspired by the damaging behavior of Björk's brother, and in the lyrics she tells him to stand up and to regain control of his life. The song was critically well received by music critics who noted its darkness and praised Björk's energy.

Björk premiered the song on some gigs during the Debut Tour before the release of the album. She performed it in a series of TV appearances, and notably, for the first time on Top of the Pops with Skunk Anansie. Additionally, the song was performed on every date of the Post Tour. The song was featured on Björk's compilation album, Greatest Hits (2002).

The song's music video was the product of another collaboration between Björk and Michel Gondry. It features Björk driving an enormous vehicle through a city, and includes Björk fighting with a gorilla for re-obtaining a diamond, and putting a bomb in a museum to free a boy.

In 2004, Björk, to help the UNICEF released a charity benefit compilation entitled Army of Me: Remixes and Covers, which featured a series of covers and remix by artists from all over the world.

The song was well received from music critics. Some noted that Björk was distant from the "pixie" image of the first album, with Jen Appel praising the singer's attitude by saying: "With lyrics such as "If you complain once more / you'll meet an army of me," Björk instantly proves she is a force to be reckoned with". Eric Handerson of Slant Magazine found that the song "provocatively merges a Weather Report-esque jazz-fusion bass riff with a heavy-timbered rock drumbeat to match her contemptuous vocal delivery ("Self-sufficience, please!")

Natalie Curtis described the song as "inelegant", on a similar note, Mim Udovitch of Rolling Stone dubbed it as "ominous, anthemic", with Lou Stathis of MTV stating that "Army Of Me" is "booming, martial-march techno". According to Brantley Bardin of Details "Army of Me" is "the album’s straightest song, a manifesto about self-sufficiency", while for Liz Hoggard of The Observer the track is "brutal yet tender". Stuart Maconie of Q praised the song by stating that its lyrics carries "bold and refreshing sentiments for a rock song. Refreshingly Icelandic sentiments" and further stating that ""Army Of Me" not only sounds fabulous—Led Zeppelin and techno welded together into a surging, operatic whole—but possesses a briskly pull-yourself-together tone. “Stand up, you’ve got to manage .../You’re all right, there’s nothing wrong/...get to work/and if you complain once more, you’ll meet an army of me".

In a very positive review, Heather Phares of Allmusic stated that "Atypical in its relative starkness and darkness, "Army of Me" casts Björk against type as a warrior goddess fed up with whining, instead of her usual cyber-pixie persona. The first single from 1995's otherwise buoyant Post and a featured track on the Tank Girl soundtrack, the song's pounding industrial beat, menacing synth bass, and unusually aggressive lyrics ("And if you complain once more/You'll meet an army of me") stand in sharp contrast to the rest of the album and to most of her previous work. However, "Army of Me" seems like a precursor of the dark, introspective tone and sparse electronica arrangements of Björk's next album, 1997's Homogenic. The song was also turned into another video collaboration between Björk and her longtime director, Michael Gondry. The clip depicts Björk as a tank girl of sorts who goes to the dentist (which happens to be a gorilla) to have a sore tooth pulled—only to have it turn into a giant diamond, which she uses to fuel her tank. Like the song, it all makes sense in Björk's surreal, intellectually playful way".

According to The New York Times writer Joy Press "“Army of Me” is so menacing and inorganic-sounding it verges on industrial rock", and in a review, Pulse! defined the song "a staggering juggernaut of a track". While reviewing Post, Andy Smith of "The Providence Journal" stated that "Post is an eclectic affair, opening with the assertive industrial clang of “Army of Me”".

In 1995, "Army of Me" won an Icelandic Music Award for Song of the Year. The song was also ranked #316 in Blender magazine's The 500 Greatest Songs Since You Were Born. 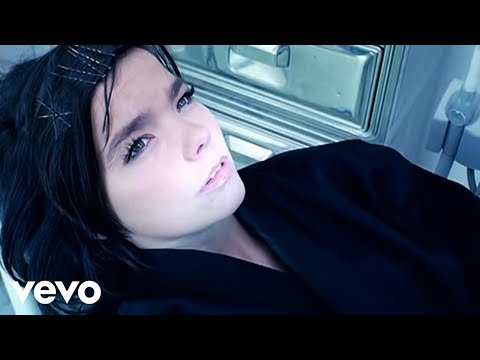