"Bachelorette" is a song by Björk, released as the second single from her 1997 album Homogenic.

The song was originally written for a film by Bernardo Bertolucci, but the project was withdrawn. The lyrics for Bachelorette were written by Sjón as Björk tells in her website:
“ Because I wanted the lyrics to be so epic, I got my friend Sjón - who's a poet in Iceland - to write them. We sat together at the kitchen table and drank a lot of red wine and I told him the whole story for hours and days and he wrote the words from that story. ”

The song is emotionally charged and theatrical, following the album's theme of "beats and strings", but also includes other instruments like timbales, timpani, Alp horn, accordion, etc., that make the song stronger and more dramatic. Björk herself describes the song's story as "Isobel goes to the city."

The surreal music video was directed by longtime Björk video collaborator Michel Gondry, and is an exploration of self-reference, featuring a dramatized version of the Droste effect. It features Björk as "Bachelorette", a woman who finds a book buried in her garden that begins to write itself, describing what Bachelorette does as she describes it; the book is entitled "My Story".

She takes the book to a publishing house, "Clark Publishing", in an unspecified large city that may be Chicago, and she and the publisher fall in love. (It becomes obvious, seeing and hearing excerpts from the book, that the book tells the story of how Bachelorette found the book, travelled to meet the publisher, and fell in love with him.)

The book becomes incredibly popular (at one point, all of Bachelorette's fellow passengers on a subway are seen reading it), and is turned into a musical, featuring Bachelorette as herself. The musical version includes the story of the musical itself, so at some point a mini theater is shown on the stage, featuring actors dressed as a small audience.

At some point later in the musical this mini musical features an even smaller version of itself, with an even smaller stage audience. The publisher, who is in the actual audience, becomes disgusted with seeing so many versions of himself, and breaks off the relationship; later, his character in the original musical does as well. The book becomes unpopular, and the original copy begins unwriting itself.

Because of this turn of events, a chain reaction occurs in the nested theatres, causing each to be nullified and revert to nature. Ultimately, the entire city deevolves into the garden that appeared at the outset. The unwritten book finds its resting place buried in the ground once more, and Bachelorette ends up dancing and surrounded by wildlife.

The video was based on an original idea by Björk, who saw "Bachelorette" as a continuation of the character portrayed in "Isobel" and "Human Behaviour". As Gondry describes it, "this character is leaving the forest and she decides to go to the city to have a normal life. She tries her best and it doesn't work out and she comes back to the forest and she is happier there."

The art direction of the video was heavily praised. The video won the MTV Video Music Award for Best Art Direction. 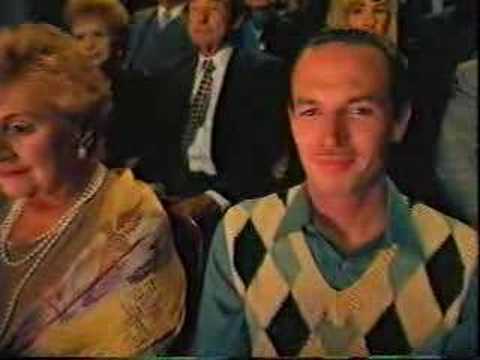