Where Is the Line

"Where Is the Line" is a song by Icelandic artist Björk, taken from the 2004 album Medúlla. The track was originally intended to be released as the album's third commercial single (following Who Is It and Triumph of a Heart. Oceania was never released commercially), but the release of the single was cancelled just before Björk released the Drawing Restraint 9 soundtrack, in order to focus all promotional efforts on the film and soundtrack instead. The proposed release date was believed to have been July 2005. Unconfirmed tracklists have since surfaced, as well as suspected artwork (amongst unofficial art by fans and various online stores own art to advertise the digital and vinyl release of the various remixes that were featured on the white label 12" vinyls) though all remain unconfirmed. A promotional music video for the song was made by Icelandic Artist Gabríela Friðriksdóttir. Upon the cancellation of the single, the video was used as part of a video installation project by Friðriksdóttir.

The track is included on a compilation album released by Rough Trade, titled "The Record Shop - 30 Years Of Rough Trade Shops". The track was chosen by Richard Russell. A remix by Mike Patton of the band Fantômas (who contributed to the original album track) was made available for download on War Child Music in April 2005. and also appeared on a previous White label 12", as the B-side to the Vitalic remix of Who Is It. Both remixes were suspected to be included with the commercial release of Where Is The Line.

The song is made up of vocals, as with the majority of the Medúlla album on which it exists. It is quite a dark song in which Björk attacks a younger relative for being greedy and unreliable. She has also said that on this one the vocals of beatboxer Rahzel are edited all the way, because she felt that with Rahzel, she needed to try out both the extremes. The other extreme being "Who Is It" which features Rahzel doing a one-take beatbox, creating a less-brooding arrangement.

The greatest hits tour version of "Where is the Line" varies in regards to its string arrangements. Due to its release prior to Medúlla, Björk arranged the song using the prominent strings to create a more Middle-Eastern feel to the orchestration. On the Volta tour, however, the song is dominated by heavy electronic beats and a synthesized organ, creating a much more Western sound. 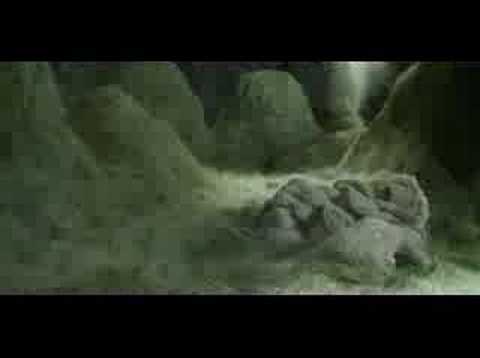