"Angel" is a song by English trip hop group Massive Attack. It features lead vocals and songwriting from Horace Andy. It was released as the third single from their third studio album, Mezzanine (1998), on 13 July 1998. "Angel" peaked at number 30 on the UK Singles Chart.

The music video for "Angel", directed by Walter A. Stern, features Grant "Daddy G" Marshall in a car park. He is walking to the exit when Robert del Naja, Andrew Vowles and Horace Andy appear behind him. They gradually get closer to him, causing him to feel intimidated. More people start following him, which causes him to run outside the car park until he reaches a fence and therefore cannot go any further. As he turns to face the people chasing him, they stop and face him. He then notices that they seem to be mirroring his movements, as if his body controls them. He suddenly charges towards the people that followed him, which causes them to run away. 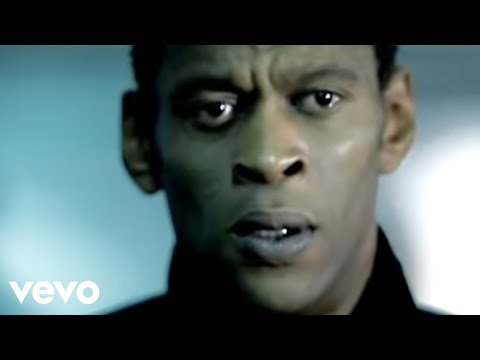