A music video to accompany the release of "Give Me Love" was directed by Emil Nava and released onto YouTube on 9 November 2012, at a total length of four minutes and twenty-six seconds. The video stars Australian actress Isabel Lucas. The video deals with the idea of Cupid.

Interpretation: The girl (Isabel Lucas) has always had these preconceived notions of love; she understands it, she gets it, she’s capable of it but no one will love her back. She is someone so full of love, maybe too much love, but has no one to love her back. So she sets out to find it. She starts to literally build and create the kind of person she wants to love and when that’s not enough she goes out looking for it wherever she can find it. she becomes a cupid of some sort shooting down anyone before she even knows if they’re capable of loving her back. But her attempts fail, making her feel worse because everyone around seems to be finding the one thing she’s looking for without trying. She becomes greedy and is blinded by the false reality of love, believing that anyone can give it to her. She’s down and desperate, finding anyone and anything that can give her the “high” of love, turning to the grimy night time scene, where she “shoots” (stabs) everything. When all her attempts fail she is broken, done with finding love, it kills her she shoots herself believing that she’ll be by herself forever. But when she least expects it- Love finds her, literally awakens her and opens her eyes.That is, her true love (Christian Kinde) comes in to take a closer look at the crime scene. The overriding message of this music video is in short, love comes to those who wait and least expect it. 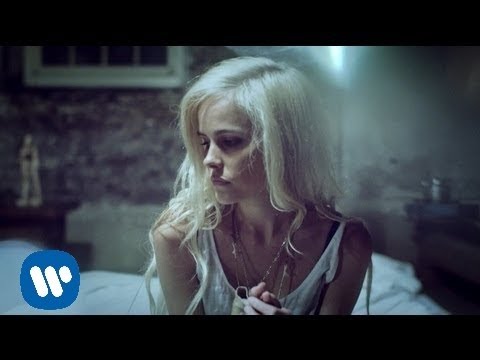