Eye to the Telescope

"Suddenly I See" is a song by Scottish singer-songwriter KT Tunstall and is featured on her debut album, Eye to the Telescope. It was released on 29 August 2005 as the third single (second single in United States) from the album, charting at number 12 in the UK Singles Chart (see 2005 in British music). The single was Tunstall's only top 50 hit in Australia, where it charted at number six on the ARIA Singles Chart. It was also certified gold by ARIA for sales of 35,000 copies. The song is Tunstall's highest charting in the United Kingdom, and spent 26 weeks in the Top 75 Singles. It won her an Ivor Novello Award in 2006 in the category of Best Song Musically and Lyrically. It is inspired by New York singer and poet Patti Smith, whose album cover for Horses also inspired Tunstall's album cover for Eye to the Telescope.

There are three different music videos, one for Britain, one for the USA, and one animated.

The American version, directed by Patrick Daughters features Tunstall in different situations involving a circus in Romania. Filmed in Bucharest, the video was produced by Black Dog Films and serviced by local production company Domino Productions with producer Catalin Neagu. This version aired for a short time in the US and has seemingly been replaced in rotations by the animated version.

The animated version, directed by Honey (i.e., the husband-and-wife directorial team of Laura Kelly and Nicholas Brooks), features Tunstall walking around an animated pop-up fantasy world, and engages in activities such as walking up giant guitars, riding miniature trains, and drifting off into space. 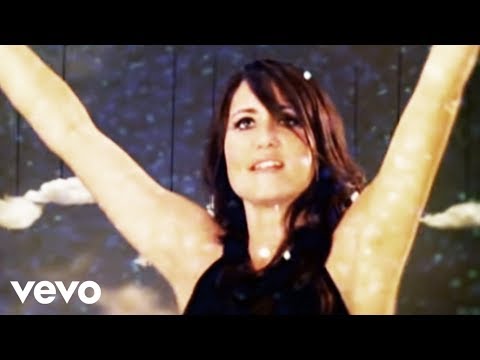