Track Description
"Never Gonna Leave This Bed" is a ballad performed by the American pop/rock band Maroon 5, taken from their third studio album Hands All Over. The song is a ballad and was written by frontman Adam Levine and produced by Robert John "Mutt" Lange. It was released as the third single under A&M/Octone Records. It was released in Australia in January 2011. In late January 2011, the song was listed under Cool New Music on All Access in the Hot Adult Contemporary section and in early February 2011, it started gaining airplay there, even though an official Hot AC radio adds date never came to fruition. It had an official radio adds date to Mainstream Radio on May 17, 2011. The song received positive reviews from most music critics, who complimented the track's lyric and its sweet sound. It has gained significant airplay on U.S. radio and has charted on the Billboard Hot 100 and Adult Pop Songs, while reaching the top ten on the latter. The music video features Adam Levine's former girlfriend and Russian model Anne Vyalitsyna, and it sees the frontman snuggling with her on beds in various Los Angeles settings, as passersby give them curious looks. 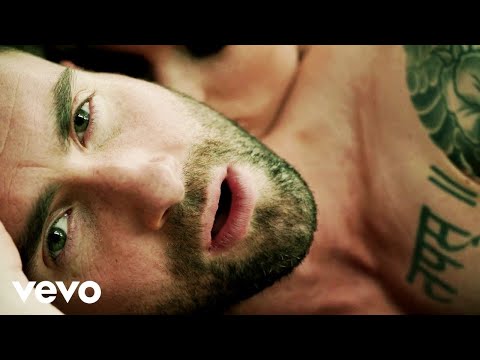