She Will Be Loved

Track Description
"She Will Be Loved" is the third single on the American band Maroon 5's 2002 debut album, Songs About Jane. Released in 2004, the single peaked at #5 in the United States, and by December 2012 had sold more than 2,722,000 digital downloads. It peaked at #4 in the United Kingdom. In Australia, it reached #1, a position it held for 5 non-consecutive weeks. The single is noted for its music video starring Kelly Preston in a love triangle with lead singer Adam Levine.

The song proved as successful as the band's previous hits, "This Love" and "Harder to Breathe", hitting number 1 on the Mainstream Top 40 and Adult Top 40 charts, but it prompted many alternative radio outlets to remove Maroon 5 from their playlists, on the ground that the band's newer songs were too light for alt-rock audiences. These stations continued to play "Harder to Breathe" and "This Love", but Maroon 5's newer hits were played only on pop and adult contemporary stations.

The original version of the music video directed by Sophie Muller, which was originally filmed until was later scrapped to re-shot with the new version. In the video, Maroon 5 performed the song with scenes of them are rotating, similar to the band's other video for "Harder to Breathe" and features actress Elisha Cuthbert as the love interest of lead singer Adam Levine. 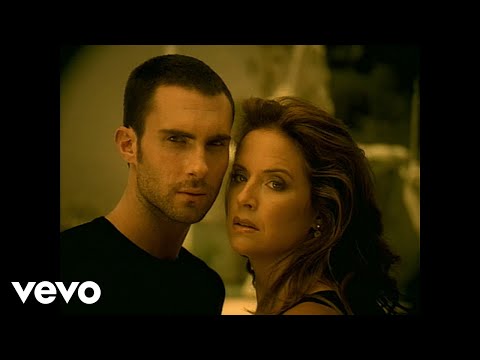