"Open Your Eyes" is a song by the alternative rock band Snow Patrol. It has been released as the fifth single in total from the 2006 album Eyes Open. The song was released on 12 February 2007.
The song's music video is actual footage from the classic cult film C'était un rendez-vous by director Claude Lelouch. It marked the first time Lelouch granted permission to anyone to use footage from the movie. Q chose it as their Video of the Week on 6 February 2007.
The song is used as the theme music to BBC One's Football Focus. The song gained more popularity after being featured during the emotional season twelve finale of ER. Sales of the song on iTunes rose as the song was later featured in a third season episode of The 4400, an episode of Grey's Anatomy's third season, the pilot episode of The Black Donnellys, season 4 episode 21 of Brothers and Sisters, and the second season finale of Being Erica.

It was additionally used in the 2008 Penn State IFC/Panhellenic Dance Marathon video entitled "Don't Waste One Minute"; in the trailer for the 2008 MTV film Stop-Loss; in a promo for season two of Gossip Girl; as the soundtrack to the "best bits" of the British reality series Celebrity Big Brother 5; and as the theme for Barack Obama's 2008 presidential campaign, being played at many rallies. The song is used as the background music to the advert for the BBC High Definition service and was heavily featured in the BBC series The Real Swiss Family Robinson, where privileged families were sent to deserted islands to try and survive for three weeks. The song was used in mini movies about children living in Africa suffering from cataracts, which was made for Comic Relief. It was also featured in the 2007 film The Invisible along with "You're All I Have" and was later used in the final moments of the 2013 Formula 1 documentary film 1: Life on the Limit.

In 2013, the song was featured in the ninth and final season of The Office. 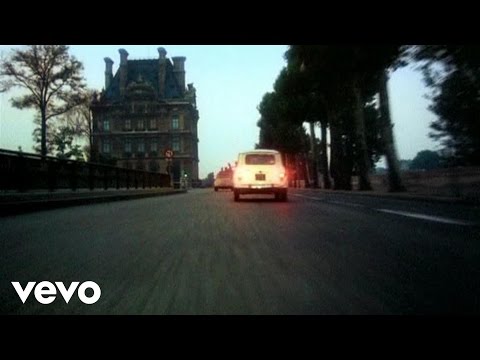