"Thank U" is a song by Canadian recording artist and songwriter Alanis Morissette, for her fourth studio album Supposed Former Infatuation Junkie (1998). The song was written by Alanis Morissette and Glen Ballard, who produced her previous album, Jagged Little Pill (1995). Morissette wrote the song after she came back from India.

The song received generally positive reviews from music critics and also performed well on the record charts, becoming Morissette's fifth number-one single in Canada, reaching the top three in Iceland, New Zealand and Norway, and peaking within the top ten in several other countries, including the United Kingdom, where it is her highest-charting single. An accompanying music video was released for the single, featuring Morissette nude in the streets. The song was nominated for Best Female Pop Vocal Performance at the 2000 Grammy Awards.

The music video was directed by Stéphane Sednaoui and premiered on October 12, 1998 on MTV's Total Request Live. It features Morissette walking around and being embraced by strangers in a variety of public locations, such as in the street, at a supermarket, and on a subway car. Throughout the video, Morissette is completely nude with her long hair shrouding her breasts and her pubic region blurred out. Slight modifications to the video were made before broadcasting by MTV in India and certain other Asian countries. Subsequent replays, however, aired the video in its original format. 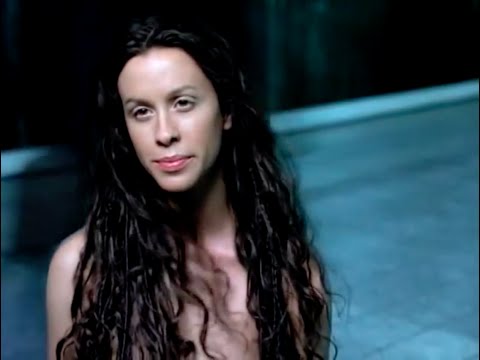