"Better Man" (sometimes written as "Betterman") is a song by the American rock band Pearl Jam. Written by vocalist Eddie Vedder, "Better Man" is the eleventh track on the band's third studio album, Vitalogy (1994). Despite the lack of a commercial single release, the song managed to reach the top of the Billboard Mainstream Rock Tracks chart, where it spent a total of eight weeks at number one. The song was included on Pearl Jam's 2004 greatest hits album, rearviewmirror (Greatest Hits 1991 “2003).
"Better Man" was written by vocalist Eddie Vedder when he was in high school. He said, "I wrote "Better Man" before I could drink-legally-on a four-track in my old apartment." In another interview, Vedder stated, "Sometimes I think of how far I've come from the teenager sitting on the bed in San Diego writing "Better Man" and wondering if anyone would ever even hear it." He first performed it with a San Diego, California-based group called Bad Radio. Vedder later recorded it with Pearl Jam, although Pearl Jam was initially reluctant to record it and had initially rejected it from Vs. due to its accessibility. 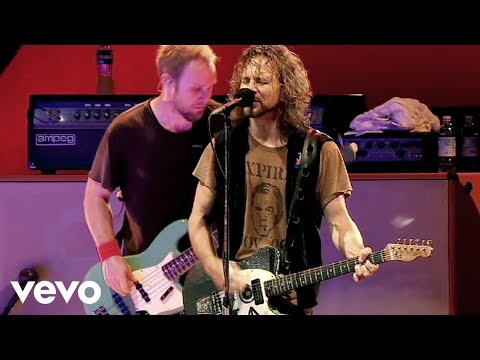