"She's Madonna" is a song recorded by British singer Robbie Williams, featuring Pet Shop Boys, for his seventh studio album Rudebox (2007). The track was released as its third and final international single on 5 March 2007 by Chrysalis Records. The subject matter of the song is a reference to the conversation Williams had with his ex-girlfriend Tania Strecker, over the reason her former boyfriend Guy Ritchie gave, for leaving her for American singer Madonna. Williams had played the recording to Madonna shortly after writing it, receiving a positive reaction.

Musically, "She's Madonna" was inspired by Kraftwerk's 1983 single, "Tour de France". The composition consists of a "gurgling" electro backing, over which Williams sings the lyrics, talking about his fascination with Madonna. It received positive feedback for its musical aspects and the production by Pet Shop Boys. The song had minor chart placement in Williams' home turf United Kingdom, but reached the top five of the record charts in many European nations, attaining Gold certifications in Denmark and Germany.

A music video for the track was released in April 2007, directed by Johan Renck whose main inspiration behind it was to portray the paranoia one faces onstage. It features a plethora of well-known drag queens, and showed Williams himself in full drag queen regalia. 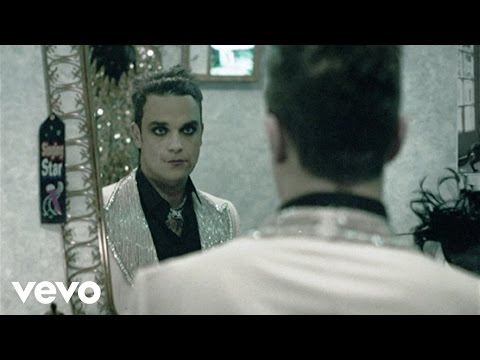