"Feel" is a song by British singer-songwriter Robbie Williams. It was released on December 2, 2002 as the lead single from his fifth studio album, Escapology. The song became an international hit, reaching the top of the charts in Austria, Poland, Germany, Hungary, Italy, the Netherlands, and top five positions in countries such as Denmark, Ireland and the United Kingdom.

"Feel" was written by Robbie Williams and Guy Chambers. According to Williams, most of the vocals are from the original demo recording, as he felt unsatisfied with the re-recorded vocals. He commented, "I just couldn't sing it as well as I did on that day."

The video shows Williams in a cowboy-like lifestyle. It gained some attention in the United States thanks to Daryl Hannah's appearance as Williams's love interest. There were two versions of the same video, one shot in black and white and the other in colour and was filmed in Calgary, Canada. 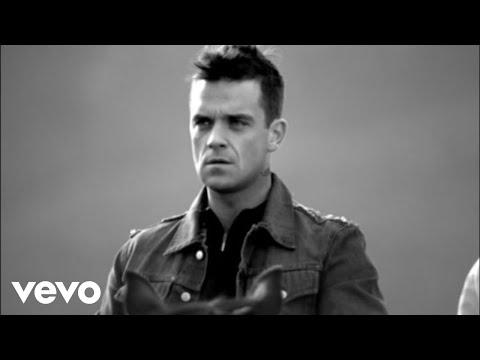