Sing When You're Winning

"Rock DJ" is a song by English singer and songwriter Robbie Williams, featured on his third studio album, Sing When You're Winning (2000). The song samples Barry White's song "It's Ecstasy When You Lay Down Next to Me" and also contains a sample of "Can I Kick It?" by A Tribe Called Quest and has a quote from "La Di Da Di" by Slick Rick and Doug E. Fresh.

"Rock DJ" was the fourth best-selling song of 2000 in the United Kingdom. The music video features Williams trying to impress a female DJ by stripping naked and then removing his skin and muscles, ending up as a skeleton. The song won Best British Single and the video won Best Music Video at the 2001 BRIT Awards.

The music video, directed by Vaughan Arnell, was surrounded by controversy because of its explicit content. The video begins with Williams dancing on a roller disco with girls skating around him. He wants to get the attention of the female DJ (played by Lauren Gold) standing above the stage, so he begins taking off his clothes. After he finally gets her attention he proceeds with stripping of his skin, muscles and organs, until the only thing left of him are his bones, which is performed by special effects. In the end, the DJ dances with his skeleton.

The video ends with the note, "No Robbies were Harmed During the Making of this Video", a pun on the "No animals were harmed note. The skinless Robbie also appears on the single's cover art, as well as on the cover of the DVD release of In and Out of Consciousness: Greatest Hits 1990–2010 in 2010. Another video shows Williams in a studio recording the song.

The video's ending (beginning with Williams taking off his skin) was cut by most music channels around Europe, including VIVA, MCM, MTV, The Box and VH1 Europe. Examples of TV stations that still play the full video are Bulgarian channel MM, former German located channel B.TV (often in daytime) and Canadian channel MusiquePlus, some channels ran the edited video during the day and the unedited one overnight, while The Hits played a version which cut from Williams dancing in his underwear to dancing as a skeleton, filling the gap by repeating previous footage. This is the version that 4Music plays. In 2001, "Rock DJ" won the MTV Video Music Award for Best Special Effects. In 2006, it was voted by viewers as the seventh Most Groundbreaking Video Ever on MTV and in 2007 it was ranked at number 48 on MuchMusic's 50 Most Controversial Videos. In Dominican Republic, the video was banned in that country due to allegations of Satanism.

The video has been shown numerous times on Fuse's Pants-Off Dance-Off, despite its gory content. Toward the end of the dancer's dancing/stripping to it when the video is shown in the background like any other, they only show Williams, briefly, ripping and throwing his skin, and dancing in muscle form before cutting to the hostess of the show. It quickly became popular among viewers, like some of the other most shown videos to 'pance' to, as the show went on. It won the weekly contests countless times. On one episode, viewers voted it and the pancer as one of the best videos and pancings on the show. 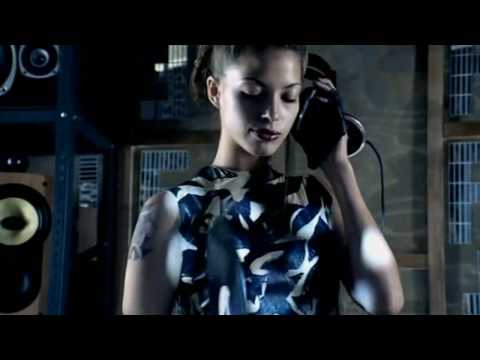