"Brothers in Arms" is a 1985 song by Dire Straits, appearing as the closing track on the album of the same name.

There are two studio recorded versions of this song: the album version which is 6:55 minutes, and the shorter version which is 6:05 minutes and features slightly different (and shorter) solos at the beginning and end of the song. The version that appears on Dire Straits' greatest hits album, The Very Best of Dire Straits, is 4:55. The version featured on the live album On the Night contains an extra pedal steel guitar solo and is 8:55. The full-length, studio album version (6:55) was also included on the 2005 compilation The Best of Dire Straits & Mark Knopfler: Private Investigations.

Mark Knopfler usually played the song on a Gibson Les Paul guitar, rather than his usual Schecter "Stratocaster", and a Les Paul appears in the distinctive promo video, which is in the style of a charcoal drawing, interspersing scenes of the band playing with scenes of war. During Dire Straits' 1992 "On Every Street" tour, Knopfler used his Pensa-Suhr MK1 for this song, like most of the others.

The song is reported to be the first CD single ever released, and it was released in the United Kingdom in 1985. 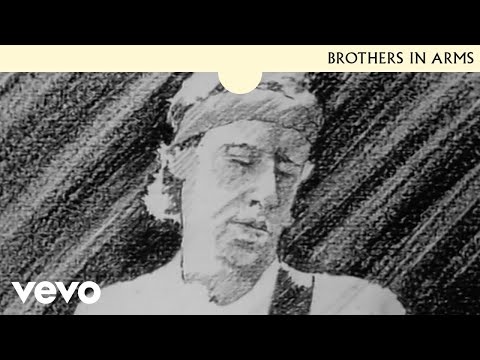