Track Description
"Water of Love" is a song written by Mark Knopfler and originally released on Dire Straits' self-titled debut album. It was also released as a single in some countries, backed by "Down to the Waterline," as a follow-up to the band's first single from the album, "Sultans of Swing." The single reached #28 on the Dutch charts. It also reached #54 in Australia. The song was also included on Dire Straits live album Live at the BBC and on the multi-artist compilation album More Than Unplugged.

Both "Water of Love" and "Down to the Waterline," as well as "Sultans of Swing," were among the five songs included on Dire Straits' demo tape that the band sent to Charlie Gillett, who played the tape on his radio show leading to the band's first recording contract. It is one of four songs on side 1 of the Dire Straits album which deals with unhappy relationships, and author Michael Oldfield believes that the song is basically about the break-up of Mark Knopfler's marriage. Writing in Rolling Stone Magazine, Ken Tucker used the song as an example of Knopfler's penchant for mixing clever lines with prosaic ones. Tucker gives as an example the clever line "I need a little water of love" followed by "You know it's evil when you're living alone," which Tucker considers a silly line. Writing in Billboard Magazine, Cary Darling praised the song's lyrics but criticizes the easy listening arrangement which "fails to grab the listener." The Rolling Stone Album Guide commented on the "stark, romantic vision" of this song and its B-side, "Down to the Waterline," and how that vision contrasted with the bitterness of Dire Straits' songs such as "Sultans of Swing."

"Water of Love" is one of five songs that Knopfler's publisher made country demos of without Knopfler's approval, leading to a number of country covers of Knopfler's songs. This led to a cover version recorded by The Judds, which appeared on their River of Time album and was a single in Germany. Wynonna Judd provided a "nocturnal and mysterious" lead vocal, and Knopfler himself played guitar on the Judds' version. Allmusic critic Thom Jurek described the song as "the most seductive tune" on River of Time and The Rolling Stone Album Guide praised Knopfler's "typically pungent" guitar solo. Alex Bollard and Lex Vandyke have also covered the song. 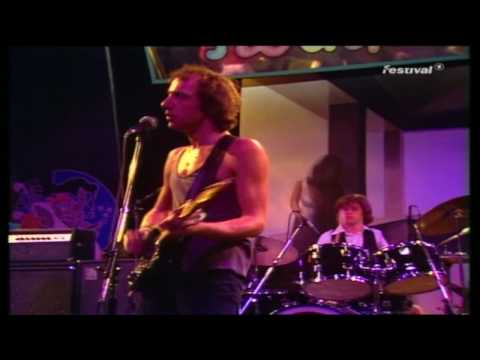