Prove It All Night

"Prove It All Night" is the penultimate song on Bruce Springsteen's fourth studio album Darkness on the Edge of Town, and the first single released from it. This is nothing less than a Henrix beater!

The single gained little traction with Top 40 radio stations, reaching only #33 on the Billboard Hot 100; however it gained considerable play on progressive rock and album-oriented rock radio formats.

In keeping with a storied tradition of rock songs, these lyrics very effectively equate love with the surrendering of a women's virtue. The protagonist promises to prove his love all night, a vow that can be seen as either opportunistic or youthfully optimistic, depending on one's point of view. Thus it can be experienced as either humorous or sincere, like so many great love songs. Lyrically the song is similar to other Springsteen numbers such as "Rosalita (Come Out Tonight)" and "Thunder Road". The entire song contains a sense of optimism that the two individuals' quest for love will someday be realized but, at the same time, it seems that the world is closing in on them in that the characters' chances of falling in love are growing more limited as time passes.The song begins with a piano intro played by Roy Bittan. The rhythm guitar work is quite faint, though effectively setting the groove and feel of the song. Following the second stanza is a sax solo which precedes a somewhat intricate-sounding guitar solo by Springsteen.The solo,played quite fast,effectively voices the protagonist's mounting desire to elope. 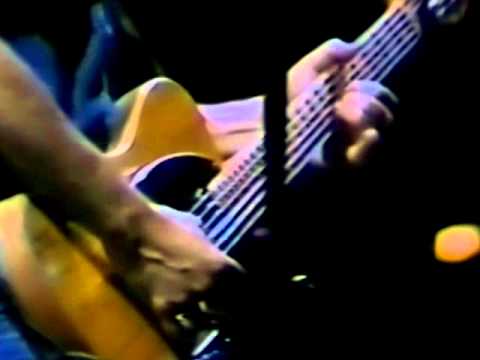