Music and lyrics by Bruce Springsteen, STREETS OF FIRE was first released on his 1978 album, Darkness On The Edge Of Town.

'Streets of Fire' is a short, inner-directed musing, but one that encapsulates the desperation that’s one of the essential elements of "Darkness On The Edge Of Town".

Bruce wanted this album to be relentless, to never let up — even for a single refrain — on its emotional focus. “Streets of Fire” takes that idea and filters it through a wall of distorted, tension-laced guitar.

And: one very nasty guitar solo. This is another example that provides that Springsteen is one of the best guitar players out there. The solo is not built on plenty of notes. Instead, he have choosen just the right ones, and leans on them heavily. This is yet another example of Bruce wringing the emotion out of that Fender. Not another example of who is "The Boss". 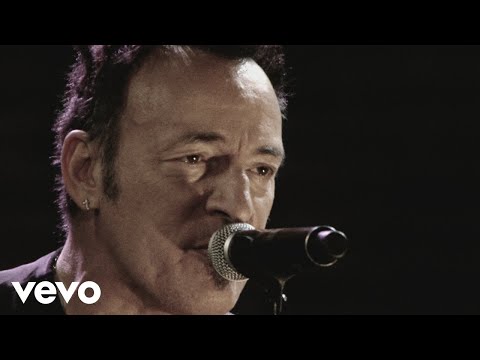