"Badlands" was the leadoff track on Bruce Springsteen's fourth studio album Darkness on the Edge of Town, and its second single.

The song tells the story of a man down on his luck and angry at the world, who wants a better lot in life.
The classic E Street Band sound is immediately presented on "Badlands", as a brief drums intro kicks in to a powerful piano-and-electric guitar riff. The song is taken fast but with a purpose, with Max Weinberg's most dynamic drumming on the album to the fore; indeed it contains his most famous beat, a one-two-three-four-five-six-(double time)one-two-three pattern underneath the verses. Late in the song a brief guitar break leads to a Clarence Clemons tenor saxophone part.

"Badlands" was not a commercial Top 40 success, only reaching #42 on the Billboard Hot 100, even worse than the album's previous single "Prove It All Night". Badlands did achieve considerable progressive rock and album-oriented rock radio airplay at the time, and classic rock airplay since. Moreover, Badlands has remained quite popular with Springsteen fans and with Springsteen himself. The song has appeared on seven Bruce Springsteen releases: Darkness on the Edge of Town, Live/1975–85, the 1995 Greatest Hits, Live in New York City, Live in Barcelona, The Essential Bruce Springsteen, and the Wal-Mart-only 2009 Greatest Hits. 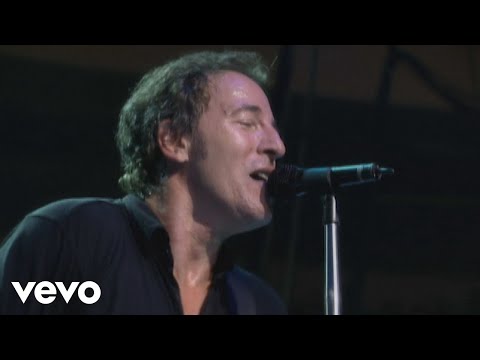