The Power of Good-Bye

"The Power of Good-Bye" is a song by American singer Madonna, taken from her seventh studio album Ray of Light (1998). It was written by Madonna and Rick Nowels, and was produced by the singer with William Orbit and Patrick Leonard. The song was released as the fourth single from the album on September 22, 1998, being additionally distributed as a double A-Side single in the United Kingdom with "Little Star". Lyrically, the track talks about how free and empowering saying good-bye or ending a relationship can feel. The melancholy electronica ballad features shuffle beats, acoustic guitars and sweeping strings arranged by Craig Armstrong.

"The Power of Good-Bye" received acclaim from music critics, who went on to recognize the song as one of the best on Ray of Light, with praise going to its instrumentation and electronic vibe, as well as Madonna's vocals which were compared to "Frozen" (1998). The song attained commercial success across Europe, reaching the top 10 of the charts in over nine countries, including Austria, Germany, Hungary, Iceland, Spain and the United Kingdom, while in the United States it reached number 11, becoming Madonna's 37th top 20 hit and her seventh-highest debut at the time. Its blue-green tinted music video was directed by Matthew Rolston in Malibu, California and features actor Goran Višnjić as her love interest. Madonna has performed the song live on several award shows and during various appearances on television but has never included it in the standard set list on tour. 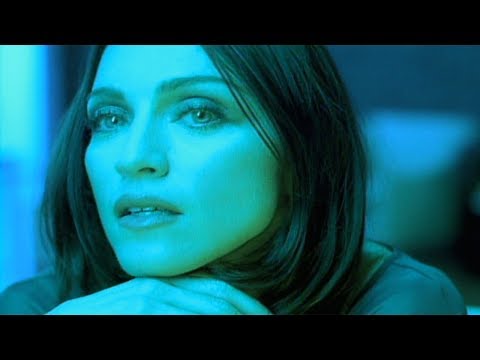