Track Description
"Fuck You" is a song by English singer Lily Allen from her second album It's Not Me, It's You (2009) as her third international single. The song became a quasi-gay anthem because of the song's lyrical message. Although the song failed to crack the top 100 in Allen's native United Kingdom, it proved to be a huge hit in mainland Europe, topping the chart in Flemish Belgium for three weeks and reaching number two in Walloon Belgium and the Netherlands. It became a top-five hit in Finland, Norway, and Switzerland, reached the top 20 in several other European nations, and peaked at number 23 in Australia.

A music video for the song was posted on the official Parlophone YouTube page on 15 June 2009. EMI hired the French production company Frenzy Paris, who in turn hired the art collective AB/CD/CD and the post-production company "Firm". The video is shot from Allen's point of view (she can be seen using a polaroid she takes of herself). She is seen to be making the journey from her hotel room to a television studio. Throughout the video, Allen warps the shape and size of her surroundings using her hands and her own perspective; for example, by moving her hands apart she stretches the Eiffel Tower and enlarges a man's afro hairstyle.

"I thought Jake Scott was doing the new Lily Allen video, then this little beauty appears. ... This is a French commission, as you might expect from the fact it's shot in Paris, and directed by directing team AB/CD/CD - that's Arnaud Boutin, Clement Dozier and Camille Dauteuille. And it's a bit genius." (David Knight, Promonews) 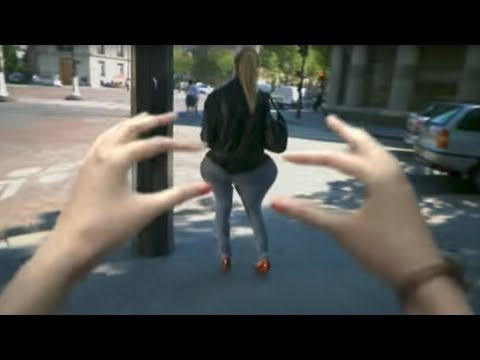