"22" is a song by British recording artist Lily Allen from her second studio album, It's Not Me, It's You. Written by Allen and Greg Kurstin, the song was released as the fourth international single of the album, but the third in the United Kingdom, after it was decided not to promote "Fuck You" there. It was released to the music market on 24 August 2009 by Regal Recordings, though a different version called "22 (Vingt Deux)" was released in France.

Contemporary critics were mixed in their reviews of the song, some complimenting the rousing sound and the lyrics, which hide her maturity. The single peaked inside the top twenty of the charts of the UK Singles Chart, in Ireland, the Netherlands and Australia, giving the singer her third consecutive top twenty hit in both countries. The accompanying music video portrayed a self-reflection theme, Allen taking a view over her past-self in the mirror and realising her life was wasted on superficial matters. The song was performed live as part of Allen's 2009 concert tour. "22" also appears on the international soundtrack to the Brazilian soap opera Viver a Vida. 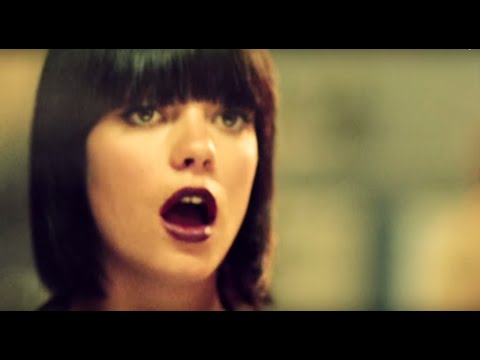