"Beautiful, Dirty, Rich" is a song performed by American recording artist Lady Gaga from her debut studio album The Fame. It was released as a promotional single from the album on September 16, 2008. It is an uptempo dance-pop song that makes heavy use of synthesizers, and is lyrically about Gaga's experiences as a struggling artist in the Lower East Side. She wrote the song while she was, as she says, "doing a lot of drugs" and "trying to figure things out."

The song was met with critical praise, with reviewers complimenting the lyrics and the fun nature of the song. It also achieved minor commercial success, peaking at number eighty-three on the UK Singles Chart. Two versions were released of the song's accompanying music video - one was intercut with clips of the ABC television series, Dirty Sexy Money serving as a promotion for the show, and the other was the full-length video. Both versions feature Gaga and company dancing around in various locations of a mansion, and burning money.

Gaga has performed the song live several times, including on her first headlining The Fame Ball Tour, where she performed the song while wearing a futuristic bustier with silver triangular panels. The performance was praised by critics for Gaga's "strong" vocals and her energy, and also for giving the show a strong beginning. 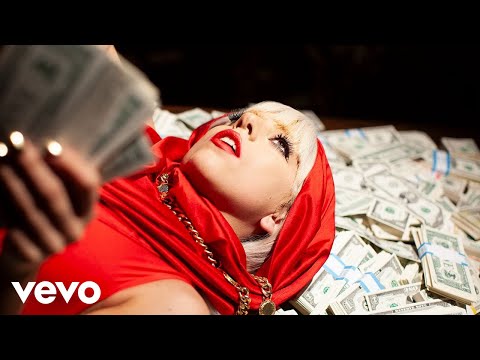