"Judas" is a song by American recording artist Lady Gaga, from her second studio album Born This Way (2011). It was released by Interscope Records on April 15, 2011, four days ahead of its scheduled release. Written and produced by Lady Gaga and RedOne, "Judas" is an electro house and dance song about a woman in love with a man who betrayed her. It embodies the incidents that have haunted Gaga in the past, and its core meaning refers to the negative parts of her life that she can't escape. Gaga has further explained that the song was also about honoring one's inner darkness in order to bring oneself into the light. The artwork for the single was designed by Gaga in Microsoft Word. In spite of a polarizing impact on several religious groups, the song was generally well received by critics, who likened the song to "Bad Romance" with some noting it should have been the album's lead single.

The song has a similar sound to Gaga's previous RedOne-produced tracks, including "Poker Face", "LoveGame", "Bad Romance", and "Alejandro". It contains three distinct hooks and a house-influenced break down. Gaga explained that the lines spoken during the breakdown talk about her as beyond redemption, regarding the traditional views of what a woman should be. "Judas" initially had a strong sales opening, but was less successful commercially in comparison to Gaga's previous singles. The song reached the top ten of the charts in most major music markets, and also reached the top of the charts in South Korea.

A music video for the song was filmed in April 2011, co-directed by Gaga and Laurieann Gibson and co-starring Norman Reedus. It has a Biblical storyline where Reedus played Judas Iscariot and Gaga played Mary Magdalene. The video portrays them as modern day missionaries going to Jerusalem. It included the Biblical story of Judas betraying Jesus, and ended with Gaga as Magdalene getting stoned to death. Before its release, the Catholic League condemned Gaga for the alleged use of religious imagery and her role in the video. However, critics generally praised the video, not finding any offensive content. The video was nominated for two awards at the 2011 MTV Video Music Awards. Gaga has performed "Judas" on a number of television shows, including The Graham Norton Show, Saturday Night Live, Good Morning America's "Summer Concert Series", the French X Factor as well as on The Ellen DeGeneres Show. 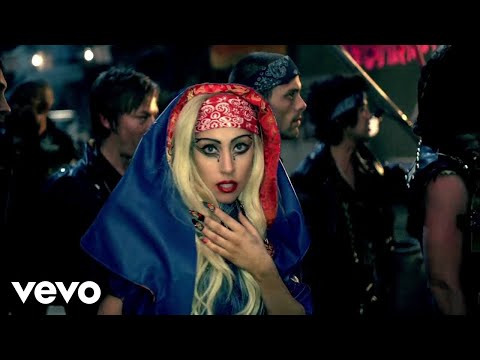