"The Pretender" is a song by the American alternative rock band Foo Fighters. It was the first single from the group's 2007 album Echoes, Silence, Patience & Grace. It is one of Foo Fighters' most successful songs; only "Learn to Fly" and "Best of You" beat its position on the U.S. Billboard Hot 100.

In a 2007 interview with XFM, frontman Dave Grohl stopped short of explaining the meaning behind "The Pretender", but alluded its roots go to current political unrest. Grohl noted,
"That's the thing with lyrics, you never want to give away specifics, because it's nice for people to have their own idea or interpretation of the song. But, you know, everyone's been fucked over before and I think a lot of people feel fucked over right now and they're not getting what they were promised, and so something to do with that."

Grohl also told XFM "The Pretender" was not initially planned for the album and happened really quickly.
"That song didn't happen until later on in the session. We didn't go into making the record with that song and it happened after we recorded a lot of stuff. Up until that point, I didn't know if we had a good opening song or not. So after we recorded it, I thought, 'oh this is perfect, we have the song to open the record,' and it just became everybody's favorite song. ... It's the type of song that I look forward to opening shows with and it came together really easily. We put that song together in, I don't know, a day, whereas a lot of the other songs we worked on for weeks." 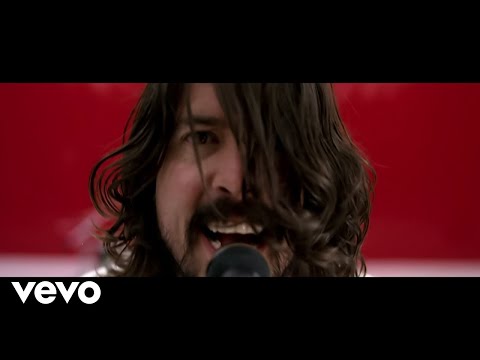