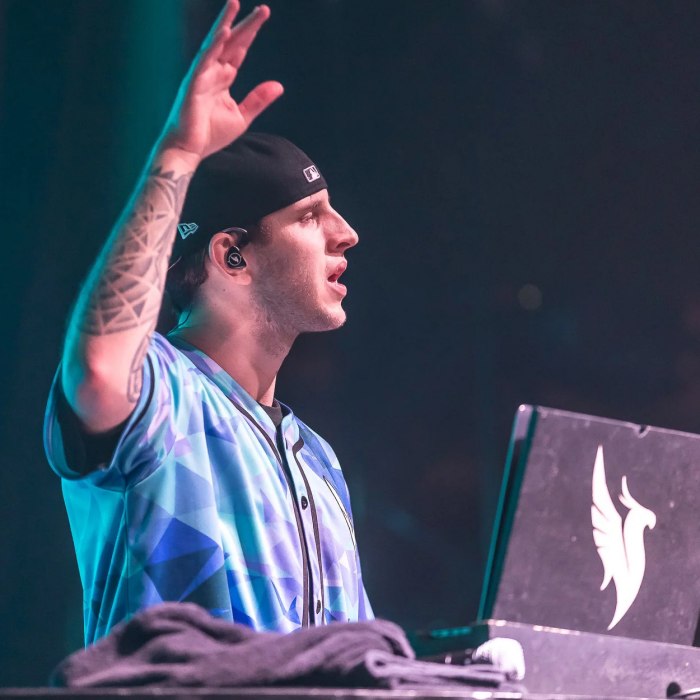 Nicholas D. Miller, known professionally as Illenium (stylized as ILLENIUM), is an American EDM musician, DJ, and producer. He has released three studio albums with his most recent, Ascend, being released in August 2019 on Astralwerks. Several of his songs have appeared on the Billboard Hot Dance/Electronic Songs chart including, most recently, the collaborative single with Jon Bellion, "Good Things Fall Apart", which peaked at number 8. Illenium has also worked on numerous notable remixes, including those for The Chainsmokers' "Don't Let Me Down" and Flume's "Say It", the latter of which won the award for "Remix of the Year" at the inaugural Electronic Music Awards in 2017.

Early life and education
Nicholas D. Miller was born in Chicago but grew up largely in San Francisco. In 2008, Miller began making electronic music. In the summer of 2012, he saw Bassnectar perform at Red Rocks Amphitheatre and decided to focus on music more earnestly after that. That year, he also suffered a heroin overdose, a fact he shared with his fans in 2018. The experience was the inspiration for his 2018 song, "Take You Down". In 2013, Miller moved to Denver, where he continues to reside. He also enrolled in (but never finished) the music-business program at the University of Colorado Denver while working on his first EP. In the meantime, he coached lacrosse and delivered sushi to support himself.