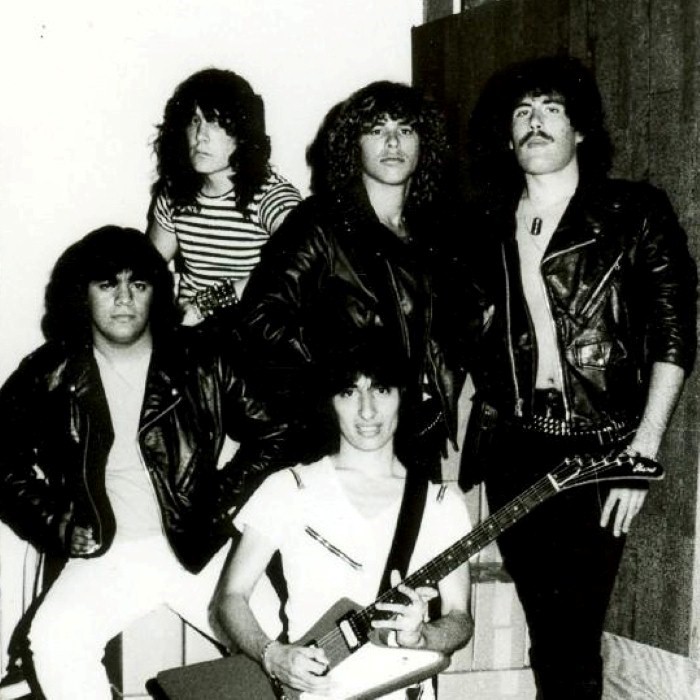 Founded in 1982 Abattoir soon became one of the most remarkable early speed metal bands. Consisting of Mal Sanchez (b), Mark Caro (g), Rawl Preston (v), Juan Garcia (g) and Robert Wayne (d) they startet to play first gigs the same year. Typical line up changes happened the the early days which lead John Cyriis (John Syriis at the time) (v ; later Agent Steel) into the band. This line up produced a 2 track demo Tape, but soon after releasing the song "Screams From The Grave" on Metal Blade's "Metal Massacre 4" sampler the band already fell apart for a short period of time. John and Juan went on to form Agent Steel while Mark and Mel reformed Abattoir in late 1984. The band got signed by Combat records in the united states and released their debut album "Vicious Attack" in 1985. At this time Steve Gaines (v; Bloodlust (USA)), Danny Oliverio (g) and drummer Danny Amaya filled the gaps in Abattoir's line up. Soon after the release of their debut Steve Gaines was replaced by Mike Towers {(\link Heretic}). Gaines tried to form his own project called Tactics and later on rejoined is first band Bloodlust (USA).While "Vicious Attack" was an almost thrash metal oriented album his follow up "The Only Safe Place", released in 1986, showed the band from a more melodic side best described as speed metal on the border to power metal. "The Only Safe Place" turned out to be the last album of the band a little after the release of this album Mel Sanchez got together with his formed bandmate Juan Garcia, who left Agent Steel in 1987, to form Evildead. After the Mel was gone Abattoir went through several line up changes but never found a constant line up and finally split up in the late 80's. Abattoir were around since 1978 in one form or another, but they truly got their start when after a video shoot of 'I Love it Loud', KISS's Gene and Paul gave Mel Sanchez and Juan Garcia a one-hour clinic on music business. Abattoir were the opening band for Megadeth's first shows: February 15th and 18th, 1984. Both albums were reissued in 1999 by CM. Here's the bad news. It is not known exactly when, but sometime in the month of July 2003, D-Dog Studios erased the entire "Evil Incarnate" recording. What's worse, it was never backed up anywhere. What is left from the disaster is the Ashes of the CD that was showcased at the 2003 Listening Party. To ensure the integrity of our vision for "Evil Incarnate", this CD has been re-titled "From the Ashes" and will possibly be available to our fans. There are no plans to re-record "Evil Incarnate" at this time... Abattoir has since parted ways with Kevin Mac Shane. Steve Gaines is busy recording and touring with new bands Pagan War Machine and Dreams of Damnation. Mel Sanchez and I are on damage control duty with this unfortunate turn of events. We'll keep you posted on our progress. Abattoir recorded also song "School Daze" in 2001 on W.A.S.P.'s tribute album called "Show No Mercy".