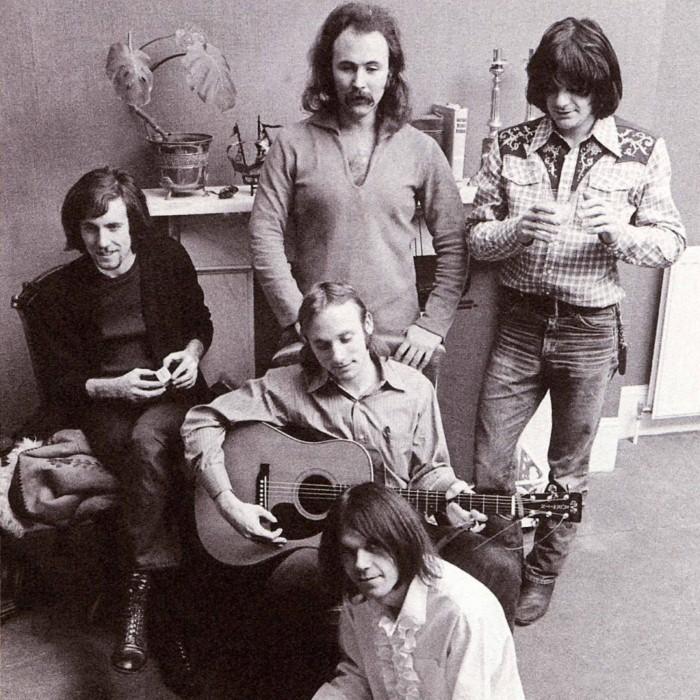 Crosby, Stills & Nash (CSN) is a folk rock supergroup made up of David Crosby, Stephen Stills and Graham Nash, also known as Crosby, Stills, Nash & Young (CSNY) when joined by occasional fourth member Neil Young. They are noted for their intricate vocal harmonies (similar to Simon & Garfunkel), often tumultuous interpersonal relationships, political activism, and lasting influence on American music and culture. All four members of CSNY have been inducted into the Rock and Roll Hall of Fame twice, though Young's multiple inductions were for work not involving the group. Prior to the formation of CSN, each member of the band had belonged to another prominent group. David Crosby had performed rhythm guitar and vocals with folk-rock group The Byrds; Stephen Stills had been a guitarist, vocalist and songwriter in the band Buffalo Springfield; and Graham Nash had been a guitarist, vocalist and songwriter with The Hollies, one of the "British Invasion" acts.
Friction existed between David Crosby and his bandmates in the Byrds, and he was dismissed from the band in late 1967. By early 1968, Buffalo Springfield had also disintegrated over personal issues, and after aiding in putting together the band’s final album, Stephen Stills found himself unemployed by the summer. He and Crosby began meeting informally and jamming, and the result of one encounter in Florida on Crosby’s schooner was the song “Wooden Ships,” composed in collaboration with another guest, Jefferson Airplane's Paul Kantner.
Graham Nash had been introduced to Crosby when The Byrds had toured the United Kingdom in 1966, and when The Hollies ventured to California in 1968, Nash resumed his acquaintance with Crosby. At a party in July 1968 at Cass Elliot's house, Nash asked Stills and Crosby to repeat their performance of a new song by Stills, “You Don't Have To Cry,” with Nash improvising a second harmony part. The vocals jelled, and the three realized that they had a unique vocal chemistry.
Creatively frustrated with The Hollies, Nash decided to quit and throw his lot in with Crosby and Stills. After failing an audition with The Beatles' Apple Records, they were signed to Atlantic Records by Ahmet Ertegün, who had been a fan of Buffalo Springfield and was disappointed by that band's demise. From the outset, given their respective band histories, the trio decided not to be locked into a group structure, using their surnames as identification to ensure independence and a guarantee against the band simply continuing without one of them, as had both The Byrds and The Hollies after the departures of Crosby and Nash. Their record contract with Atlantic reflected this, positioning CSN with a unique flexibility unheard-of for an untested group. The trio also picked up a unique management team in Elliot Roberts and David Geffen, who had engineered their situation with Atlantic and would help to consolidate clout for the group in the industry. Roberts kept the band focused and dealt with egos, while Geffen handled the business deals, since, in Crosby’s words, they needed a shark and Geffen was it. Roberts and Geffen would play key roles in securing the band’s success during the early years.
When it was announced that the band was forming, they ran into a slight contractual problem. Nash was already signed to Epic Records, the North American distributor of records by The Hollies, while Crosby and Stills were signed to Atlantic. In order to resolve this problem, Geffen engineered a deal whereby Nash was essentially traded to Atlantic for the rights to Richie Furay's band Poco; Furay was signed to Atlantic as a result of his membership in Buffalo Springfield. 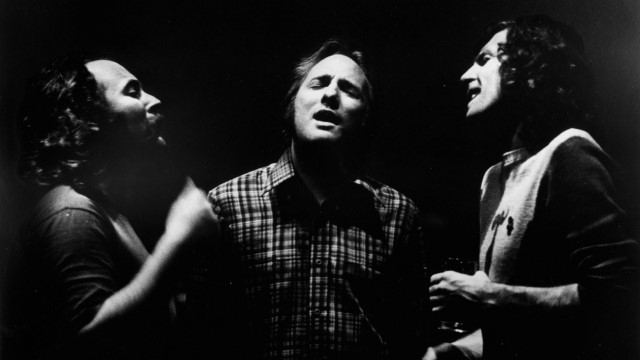 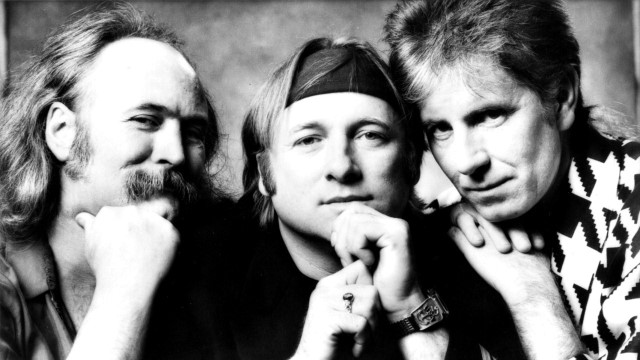 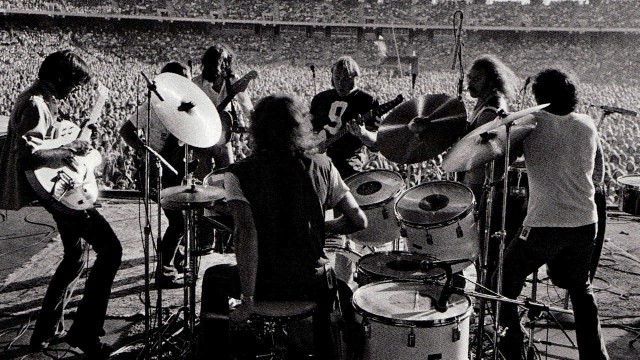 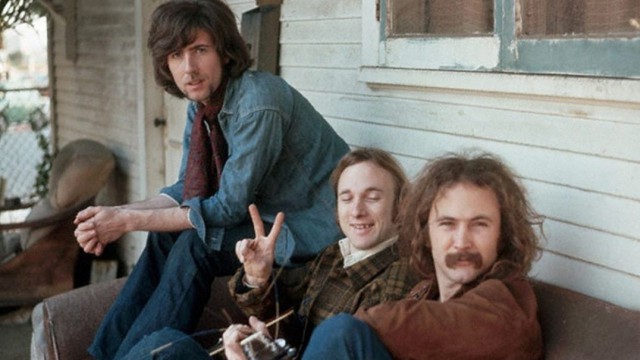