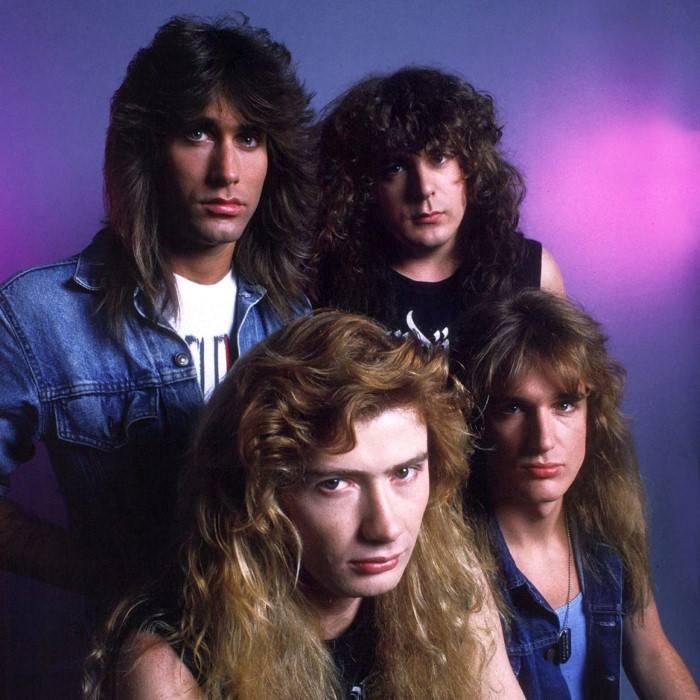 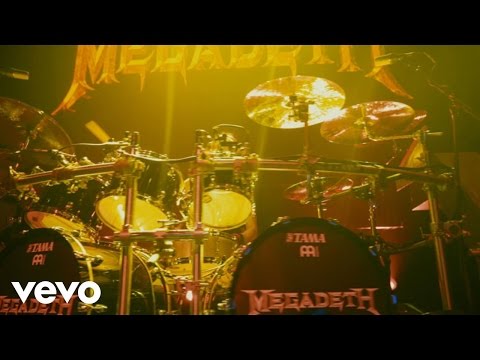 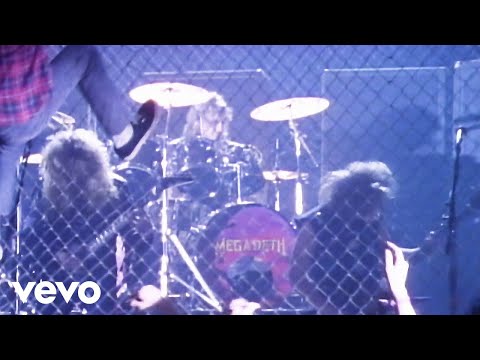 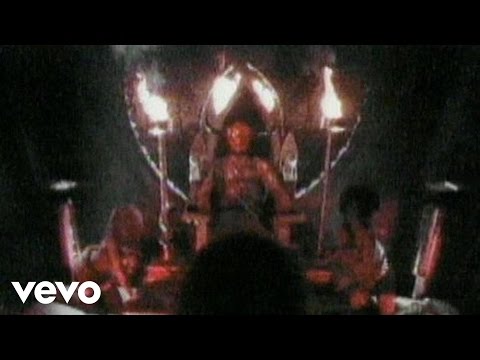 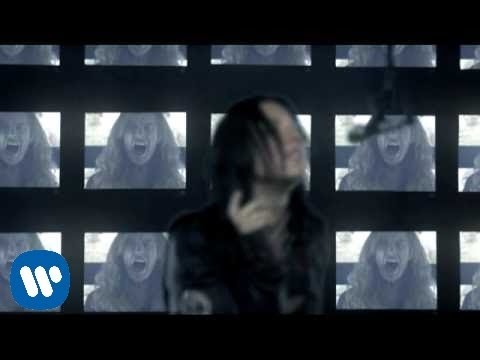 Megadeth is an American thrash/heavy metal band from Los Angeles, California which was formed in 1983 by Dave Mustaine and Dave Ellefson, after Mustaine's expulsion from Metallica. The band has since released 13 studio albums. A pioneer of the American thrash metal movement, Megadeth rose to international fame in the 1980s and was ranked as one of the "Big Four of Thrash" along with Metallica, Slayer and Anthrax, who were responsible for creating, developing and popularizing the thrash metal sub-genre.
Dave Mustaine was originally the lead guitarist for Metallica a year after they formed in 1981. He stayed a part of the band until 1983 where he was fired from the group due to his drinking, drug use, violent behavior and personality conflicts with James Hetfield and Lars Ulrich. Two months after being fired, Mustaine and bassist Dave Ellefson formed Megadeth in Los Angeles. Mustaine later said, "After getting fired from Metallica, all I remember is that I wanted blood. Theirs. I wanted to be faster and heavier than them."
According to Mustaine, the name Megadeth represents the annihilation of power, while in itself is a corruption of the term megadeath. In his attempt to upstage his former band, Dave Mustaine wrote more aggressive compositions. One example of this was tempo increases made to his song "Mechanix", a song he wrote while in Panic (his speed metal band prior to Metallica), and had performed with Metallica. Mechanix went on to become a mainstay in Metallica's live performances in the form of the slower-paced "The Four Horsemen". Mustaine and Ellefson searched for a singer unsuccessfully for six months, eventually agreeing that Mustaine should handle vocal duties. Mustaine also would serve as the band's main lyricist and songwriter in addition to handling rhythm and lead guitar duties.
In 1984, Megadeth recorded a three-song demo tape, referred to as the 1984 Demo, featuring Mustaine, Ellefson and drummer Lee Rausch. The demo contained early versions of "Last Rites/Loved to Death", "Skull Beneath the Skin", and "Mechanix". The band did a few live performances in 1984, before replacing Lee Rausch with fusion drummer Gar Samuelson. Megadeth signed with the New York based independent label Combat Records. In December of that year, they added Chris Poland as a second guitarist. 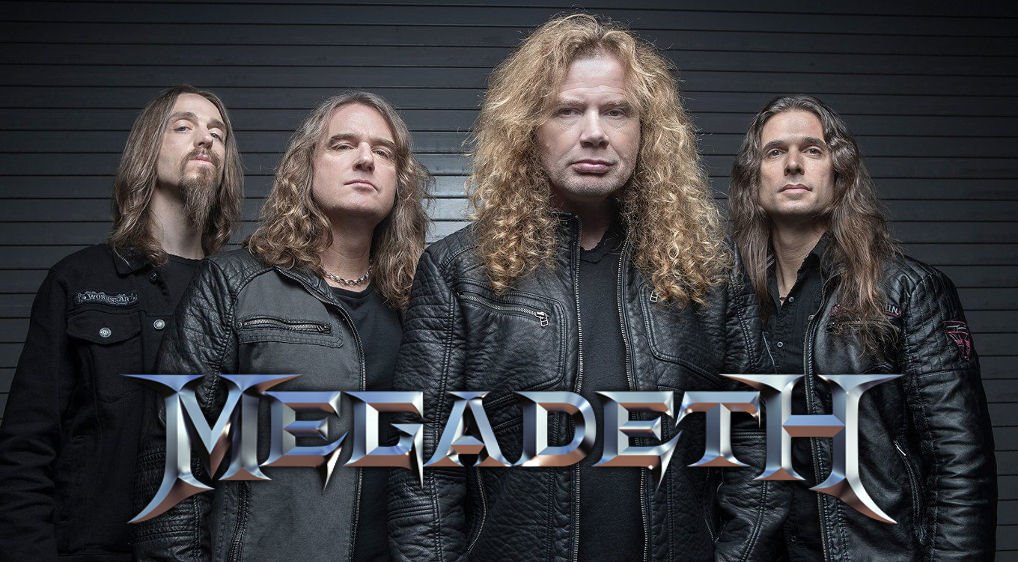 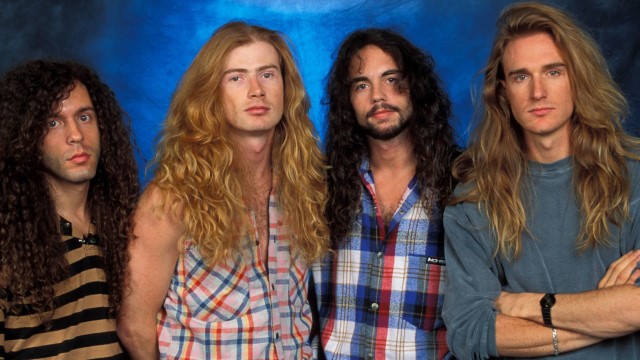 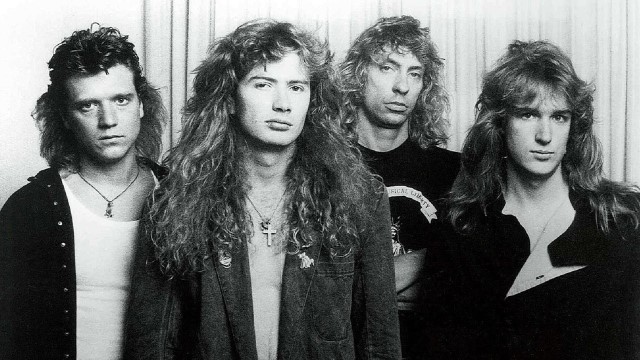 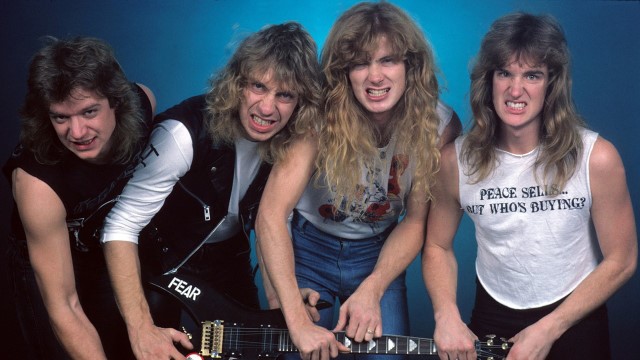 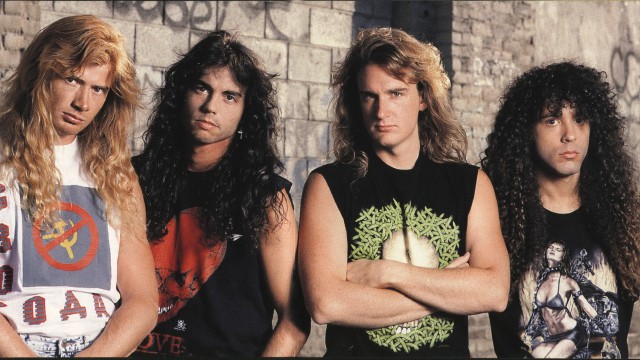