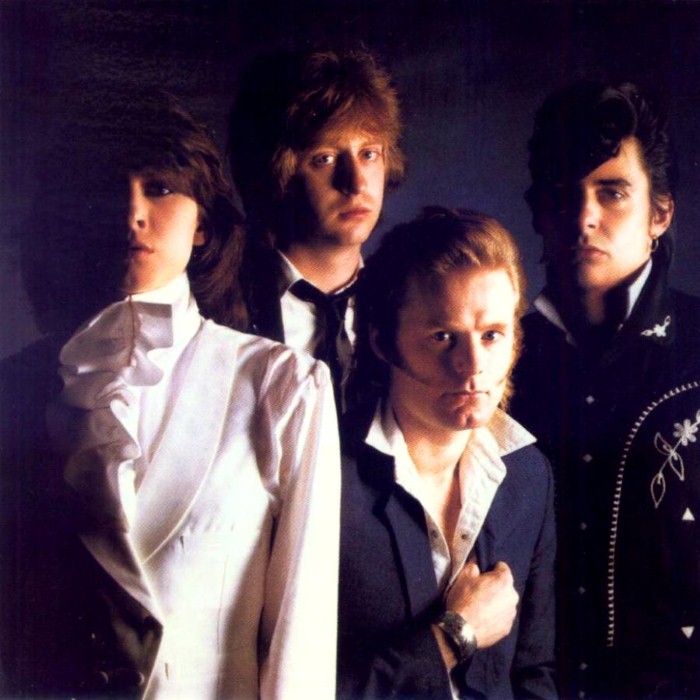 The Pretenders were one of the seminal bands of the second British Invasion, rising out of London in 1979 with a forceful, self-titled first album. Their melodic but hard-charging sound suggested a union of punk and New Wave approaches. Moreover, being older and more seasoned than their punk peers, they drew inspiration from bands of the first British Invasion, including the Kinks and the Who, as well American soul music.

Leader Chrissie Hynde was, in fact, an American expatriate who grew up in Akron, Ohio, and moved to London in the hope of finding her way into the music business. It took several years to put a band together, but once guitarist/singer Hynde assembled the definitive Pretenders lineup - guitarist James Honeyman-Scott, bassist Pete Farndon and drummer Martin Chambers, all from rustic Hereford - they took off almost instantly.

Throughout their volatile history, which has included the drug-related deaths of two founding members, the Pretenders have remained a vehicle for Hynde’s songs and breathy, dark-timbered alto. From the outset the Pretenders were an explosive combination of precision and flamboyance. The group mastered the blistering tempos and brute force of punk, but Hynde’s writing took them other places as well. Her songs possessed the melodic sheen of well-turned pop yet employed unconventional time signatures (one writer referred to her "treacherously eccentric meters") and at times blunt, psychosexual lyrics.

As one of the first women to front a popular rock band - not only as the singer but also main songwriter and bandleader - she presented a hard, unsentimental image that was far removed from the likes of Linda Ronstadt or Stevie Nicks. She seemed tough, and her songs - including "Tattooed Love Boys", "Up the Neck" and "The Phone Call" - could at times be unsparing, though she’d counterpoint those with sweeter tunes like "Kid" and "Don’t Get Me Wrong".

The Pretenders’ first single, released in 1979, was a cover of "Stop Your Sobbing", a Kinks song from 1964 that Hynde had loved while growing up. The self-titled album that followed was an Eighties standout and one of rock’s most solid debut albums. Pretenders and "Brass in Pocket", a soulful, sensual track taken from it, topped the U.K. album and singles charts. The album reached #9 in America, helping kick open the door for "new music" in this country. The Pretenders worked hard to broaden their following, touring for as long as a year after each new album. Released in 1981, Pretenders II yielded three more hits - "Message of Love", "Talk of the Town" and "I Go to Sleep" (another Kinks cover) - and rigorous touring further established the group.

Bassist Farndon was let go, having become increasingly incompatible with his bandmates due to a mounting drug habit. Guitarist Honeyman-Scott died two days later, on June 16, 1982, of a cocaine overdose. Farndon himself died of a heroin overdose on April 14, 1983. Between those traumatic passings, Hynde recorded an excellent new Pretenders single, "Back on the Chain Gang", with guitarist Billy Bremner and bassist Tony Butler. The song reached #5 and was chosen for inclusion on the soundtrack to The King of Comedy.

A newly revised lineup, now with guitarist Robbie McIntosh and bassist Malcolm Foster, recorded the third Pretenders album, Learning to Crawl. Like its predecessors, it was produced by Chris Thomas, and it yielded a bounty of hit singles, including "Middle of the Road", "2000 Miles" and "Thin Line Between Love and Hate". Get Close showed Hynde and company in solid form as well, producing such favorites as "Don’t Get Me Wrong", "Hymn to Her" and "My Baby". The Singles, a 16-track hits collection from 1987, showed just how much the Pretenders had impacted the charts over the previous eight years.

Following an exhausting eight-month world tour, guitarist McIntosh left the Pretenders; he would subsequently become a mainstay of Paul McCartney’s band. In terms of personnel, the Pretenders were in a perpetual state of flux, with Chambers leaving in the mid-Eighties and returning in the mid-Nineties. Hynde, of course, remained the constant, variously working with guitarists McIntosh, Bremner and Adam Seymour. In fact, guitarist Seymour and bassist Andy Hobson - who joined in 1994 - would wind up having the lengthiest tenures in the Pretenders on their instruments.

Hynde maintained a high songwriting standard on Pretenders albums that followed at a less dizzying pace: Packed! (1990), Last of the Independents(1994), Isle of View (1995) and Viva El Amor! (1999). Among them, Last of the Independents was particularly strong, containing the exquisite "I’ll Stand by You", and Isle of View is notable as a Pretenders retrospective performed acoustically with backing by the Duke String Quartet.

When the Pretenders’ two-decade-long relationship with Sire/Warner Bros. came to a close, Hynde signed with Artemis Records, releasing Loose Screw in 2002. A quarter century after the Pretenders first stood the world on its ear, Chrissie Hynde remains their feisty, determined and passionate leader. 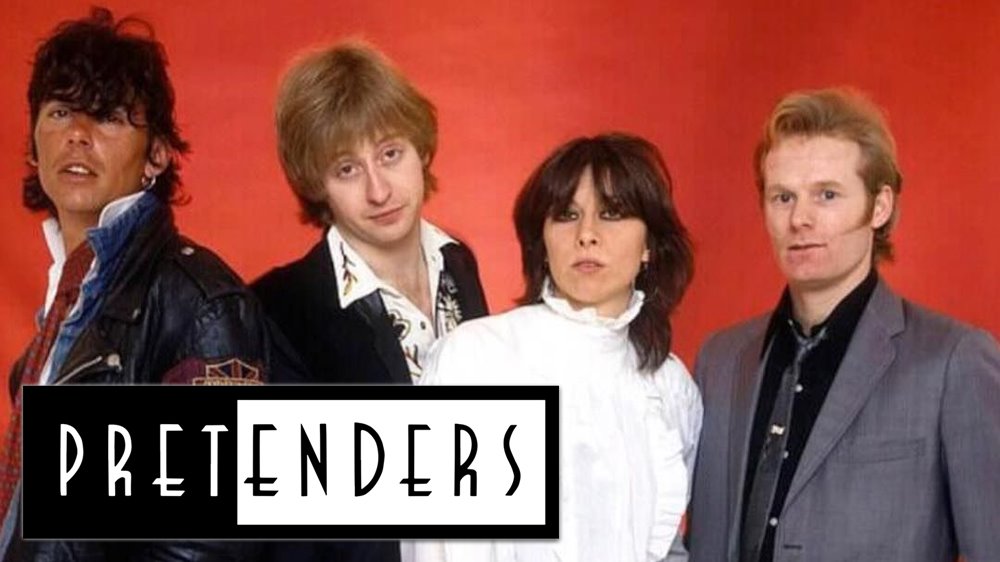 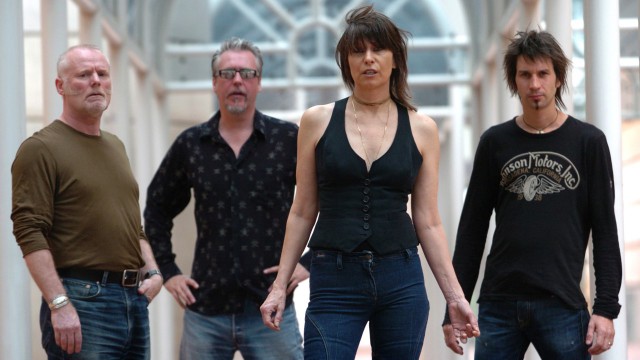 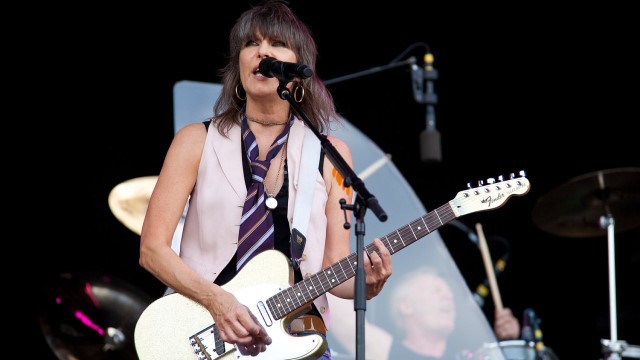 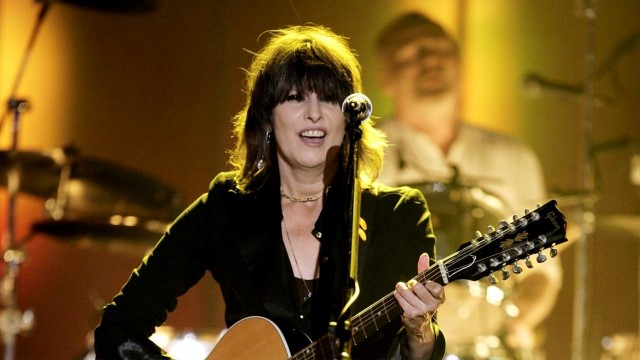 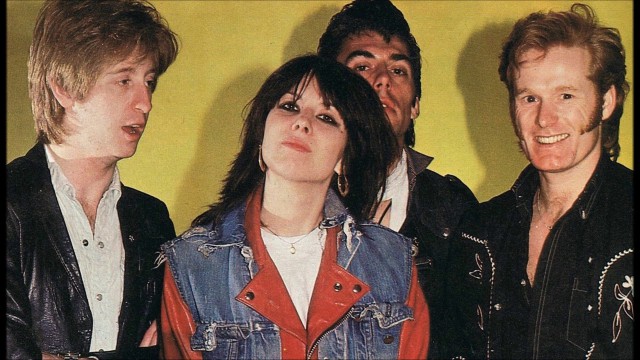