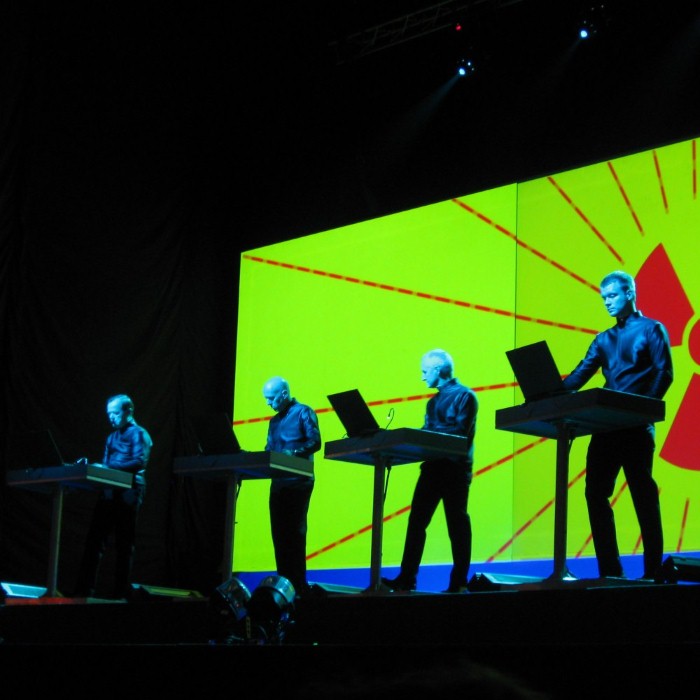 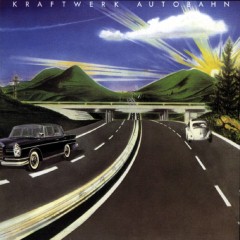 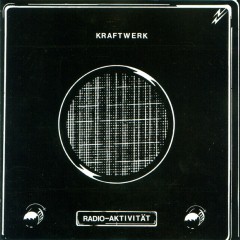 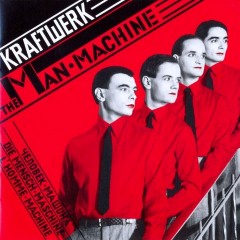 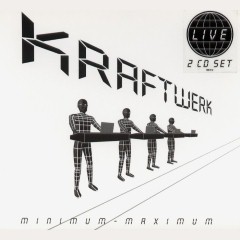 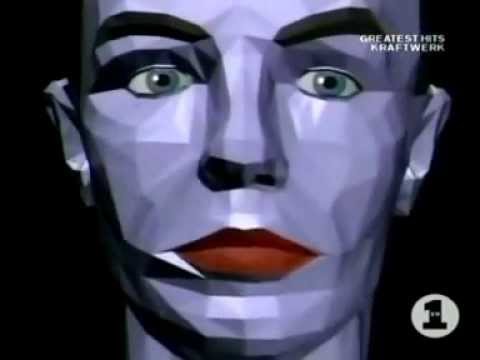 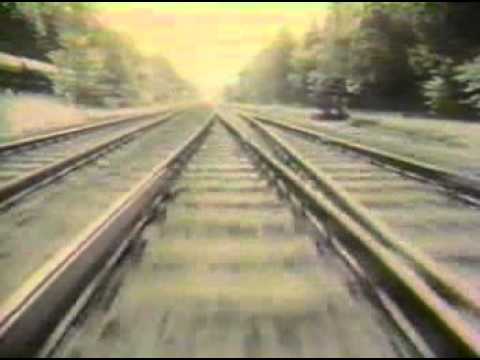 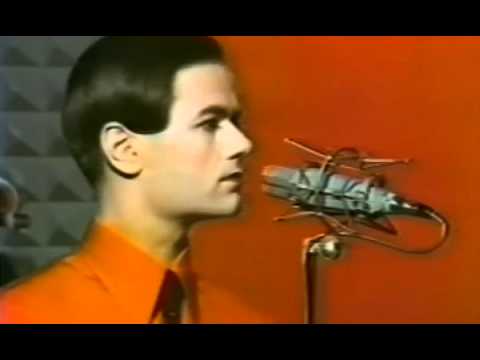 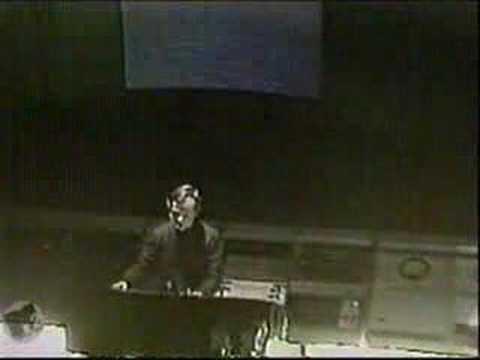 The influential electronic music project Kraftwerk, meaning power station) from Dusseldorf, Germany, was formed by Ralf Hatter and Florian Schneider (1947-2020) in 1970, and was fronted by them until Schneider's departure in 2008. The signature Kraftwerk sound combines driving, repetitive rhythms with catchy melodies, mainly following a Western Classical style of harmony, with a minimalistic and strictly electronic instrumentation. The group's simplified lyrics are at times sung through a vocoder or generated by computer-speech software. Kraftwerk were one of the first groups to popularize electronic music and are considered pioneers in the field. In the 1970s and early 1980s, Kraftwerk's distinctive sound was revolutionary, and has had a lasting effect across many genres of modern music.
Florian Schneider (flutes, synthesizers, electro-violin) and Ralf Hütter (electronic organ, synthesizers) met as students at the Robert Schumann Hochschule in Düsseldorf in the late 1960s, participating in the German experimental music and art scene of the time, which the British music press dubbed "krautrock".
The duo had originally performed together in a quintet known as Organisation. This ensemble released one album, Tone Float, issued on RCA Records in the UK, but the group split shortly thereafter.
Early Kraftwerk line-ups from 1970 to 1974 fluctuated, as Hütter and Schneider worked with around a half-dozen other musicians over the course of recording three albums and sporadic live appearances; most notably guitarist Michael Rother and drummer Klaus Dinger, who left to form Neu! The only constant figure in these line-ups was Schneider, whose main instrument at the time was the flute; at times also playing violin and guitar, all processed through a varied array of electronic effects. Hütter, who left the band for six months in 1971 to pursue studies in architecture, played synthesizer keyboards (including Farfisa organ and electric piano).
Their first three albums were free-form experimental rock without the pop hooks or the more disciplined song structure of later work. Kraftwerk, released in 1970, and Kraftwerk 2, released in 1972, were mostly exploratory jam music, played on a variety of traditional instruments including guitar, bass, drums, electric organ, flute and violin. Post-production modifications to these recordings were used to distort the sound of the instruments, particularly audio-tape manipulation and multiple dubbings of one instrument on the same track. Both albums are purely instrumental. Live performances from 1972 to 1973 were made as a duo, using a simple beat-box-type electronic drum machine, with preset rhythms taken from an electric organ. These shows were mainly in Germany, with occasional shows in France. Later in 1973, Wolfgang Flür joined the group for rehearsals, and the unit performed as a trio on the television show Aspekte for German television network ZDF.
With Ralf und Florian, released in 1973, Kraftwerk began to move closer to its classic sound, relying more heavily on synthesizers and drum machines. Although almost entirely instrumental, the album marks Kraftwerk's first use of the vocoder, which would in time become one of its musical signatures. Kraftwerk's futuristic and robotic sound was influenced by the 'adrenalized insurgency' of Detroit artists of the late 60's such as MC5 and the Stooges. 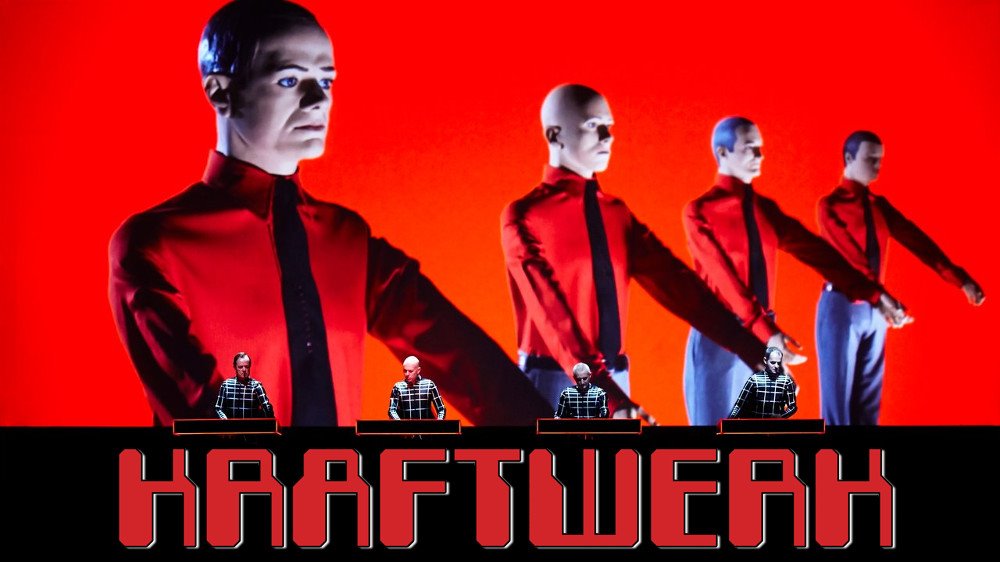 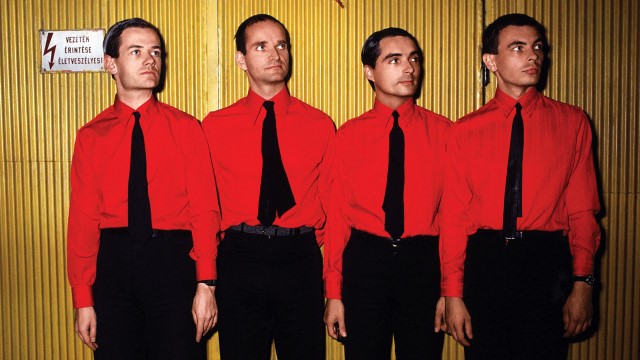 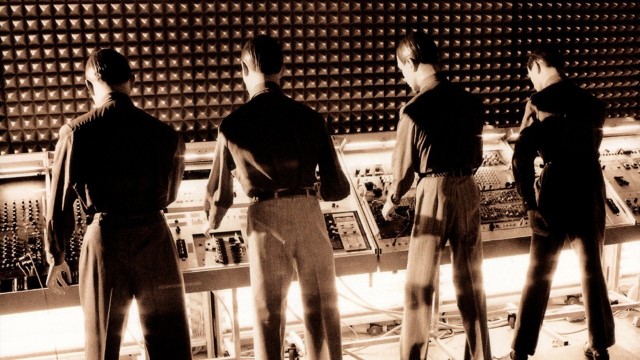 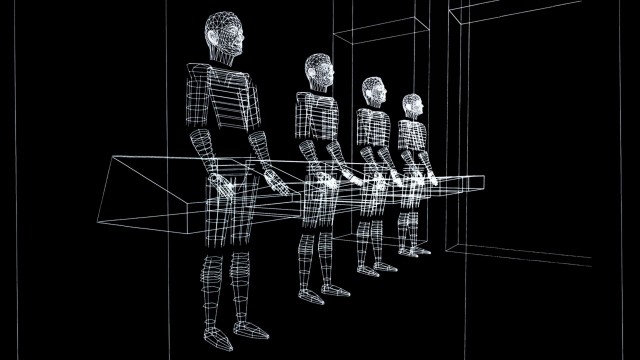