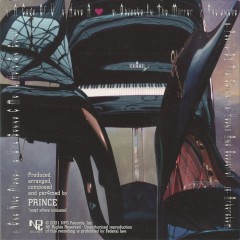 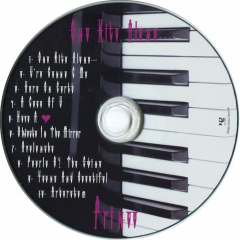 One Nite Alone... is the twenty-fifth studio album by American recording artist Prince. It was released on May 14, 2002 by NPG Records. It features him singing and accompanying himself on piano, making only occasional use of other instruments. It includes a cover of the Joni Mitchell classic, "A Case of You", retitled "A Case of U". Mitchell receives special thanks in the liner notes. One song that caused some controversy amongst fans is "Avalanche", which describes Abraham Lincoln as a racist.

One Nite Alone... was given to members of the NPG Music Club, separately and included as a gift with his One Nite Alone...Live box set. It was never sold in stores, but bootlegs are available. Many fans have only heard the album through MP3 file-sharing, and original CD copies are quite rare; in 2015, the album was released through Tidal.

Album Review
Piano and voice in content. Prince initially released the album to subscribers of npgmusicclub.com and later included in the boxset One Nite Alone… Live – also only in the copies shipped directly to members.

One Nite Alone… is Prince’s first album to contain new material and not to have a full commercial release, it was therefore ineligible to chart. One Nite Alone… was recorded at Paisley Park during the same sessions for The Rainbow Children and includes the cover of Joni Mitchell’s A Case Of You. A reworked and rerecorded version of U’re Gonna C Me was released in 2009 on the album MPLSound.