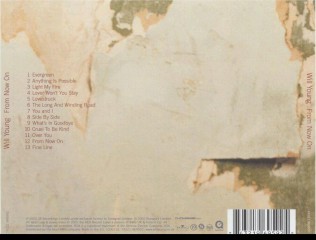 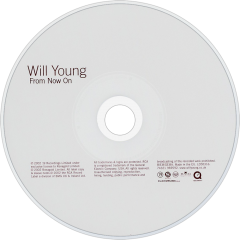 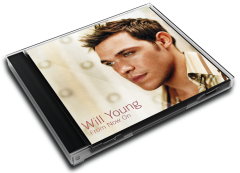 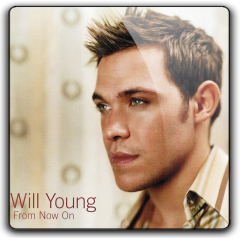 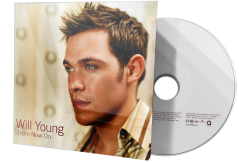 Six months after the nation voted him Britain's first Pop Idol, Will Young faces a much more daunting prospect than singing in front of Simon Cowell: the pressure of releasing one of the most eagerly awaited debut pop albums of recent times. Considering fellow TV popstars Hear'Say took just six weeks to record their rather forgettable first effort, the fact that From Now On hasn't been rush-released bodes well. Not that you'd know it from its first three singles. Simon Cowell is undoubtedly a shrewd businessman who knows where the money is, but his artistic merit is virtually zero. Young proved himself to be one of the most gifted and unique vocalists a U.K. talent show has seen, which makes it even more remarkable that he was lumbered with material that could have finished his career before it began. "Evergreen," the fastest debut selling single of all time, can be slightly forgiven. A cover of a Westlife album track, it's corny and it's clichéd, but its faux-inspirational lyrics and "stand up for the key change" power ballad sound has become the template for every talent contest winner from Kelly Clarkson to Leona Lewis. Its lesser known double A-side, "Anything Is Possible," is less successful. Written by Cathy Dennis, presumably on an off day, it's a limp and lifeless attempt at smooth R&B, a direction Young has unsurprisingly decided not to attempt ever since. "Light My Fire," a cover of the José Feliciano interpretation rather than the Doors original is far more suited to Young's soulful vocals and indeed, it's the first time we get to hear his now trademark ad-libs, but it's a lazy and uninspired choice that seems designed purely to score another number one. However, it's not as lazy as the third single, a duet with Pop Idol runner-up Gareth Gates on a cover of the Beatles' "The Long and Winding Road." An excruciatingly dull karaoke number, it amazingly doesn't appear on Gates' poor debut but has somehow found its way onto the far superior Young's. So it comes as a relief that the rest of From Now On is a lot more subtle -- its strings-drenched pop evoking the classic Burt Bacharach sound of the '60s. Indeed Bacharach pops up himself as co-writer of the lush "What's in Goodbye," but the likes of "Cruel to Be Kind" and "Lovestruck" wouldn't sound out of place on a Music to Watch Girls Go By compilation, either. The more contemporary sounding songs are just as convincing. The title track is a lovely acoustic midtempo number that has shades of Robbie Williams' more tender moments, while "You And I," probably the album's highlight, is a gorgeous piano-led ballad featuring a gospel choir and a storming chorus that manages to be uplifting and heartbreaking at the same time. Overall, it's an inconsistent effort. But if you ignore the rotten singles, you're left with a well-produced and well-crafted collection of mature pop songs that suggests Young will have no problem breaking free from his Pop Idol tag in the future.