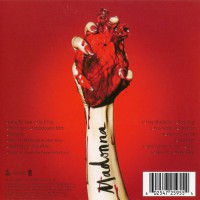 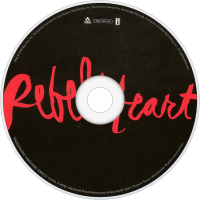 Rebel Heart is the thirteenth studio album by American singer Madonna. It was released on March 6, 2015 by Interscope Records. After a flurry of unexpected album content leaks, including thirteen early demos in December 2014, the record's release was locked in for March 2015, and six of its tracks were officially released onto iTunes on December 20, 2014. On the same day, "Living for Love" was released as the album's lead single.
Following the release of her twelfth studio album, MDNA (2012), Madonna embarked on The MDNA Tour to promote it. The tour visited America, Europe, the Middle East and a number of new venues, but courted many controversial subjects such as violence, firearms, human rights, nudity and politics. Lawsuits threatened against Madonna were also engaged from the concerts. Madonna was enraged by many of these incidents, which she claimed was "injustice" against human beings. These included the imprisonment of Yulia Tymoshenko in Ukraine and Pussy Riot in Russia, gay rights violations, presidential election in the United States and the assassination attempt of Malala Yousafzai. In September 2013, she released secretprojectrevolution, a short film directed by her and Steven Klein, dealing with artistic freedom and human rights. The film also launched a global initiative called Art for Freedom to promote freedom of expression.

Madonna's manager, Guy Oseary, commented that the singer was "eager to get started" on her next album. In February 2014, Madonna confirmed that she had already begun working on her thirteenth studio album, saying that she was "right now in the process of talking to various co-writers and producers and talking about where I want to go with my music". But she refrained from divulging the name of the collaborators, stating that it was "top secret". Madonna confirmed in the cover story of L'Uomo Vogue in May 2014 that the album would be connected with Art for Freedom, saying that she "had" to be committed to the initiative since "At this point, there's no turning back. This is my role in the world, my work as an artist. I have a voice and I have to use it". However, working with many collaborators posed a problem for Madonna to keep cohesion with the sound and the direction of Rebel Heart, since her previous efforts have been with only a core group of people developing the music. She observed that a lot of the young people she enlisted would not stay in one city at a time due to their different projects, resulting in Madonna not finishing her songs. Although she would have a number of ideas, it was a "chaotic way to work" for the singer due to the confusion surrounding the schedule. "So, I was just the person standing there with a clipboard in the headlights, going 'Ok!' A little bit like a school teacher," she admitted.