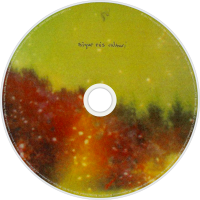 Valtari (Icelandic pronunciation: [ˈval̥tarɪ], Roller) is the sixth studio album by Icelandic post-rock band Sigur Rós, released on 23 May 2012 by Parlophone. The album was commercially successful going at number eight in the UK Albums Chart, seven in the Billboard 200 and number one in Iceland. The album was met with critical acclaim as well with Metacritic, which assigns a normalised rating out of 100 to reviews from mainstream critics, the album received an average score of 74, based on 36 reviews, indicating "generally favorable reviews". Two singles were released from the album, the first being for "Ekki Múkk" released on 10" vinyl for Record Store Day, and the second being for "Varúð", as a limited edition 10" to coincide with their 2012 summer tour. Valtari's album cover is by Jónsi's sisters, Lilja and Inga Birgisdóttir. Inga was also the baby on the cover art for Sigur Rós' debut album Von. It is the last album to feature keyboardist Kjartan Sveinsson.

User Album Review
If the release of Sigur Rós’ last studio album, Með Suð Í Eyrum Við Spilum Endalaust, led people to fear that the band’s days crafting sky-scraping epics might be coming to an end, Valtari is going to worry them even more. While that 2008 album led off with the prancing Gobbledigook and seemed to edge towards a more open, commercial sound, Valtari heads off in the opposite direction, into a world of often percussion-free ambience.
Its gestation was lengthy: Valtari’s roots lie in a 2003 collaboration with the 16 Choir that took place at London’s Barbican, and recording in fact started back in 2007, when they decided to pursue the concept of an entirely choral album. But other projects, and a lack of a clear goal, prevented them from making significant progress for a while, and it was only last year when they began to assemble the album from the various experiments that they’d conducted over the previous four years.
The results – eight songs totalling almost an hour – are probably the band’s quietest since 1999’s groundbreaking Ágætis Byrjun, and consequently their most perplexing. Yet, in some ways, this is one of their most beautiful releases in a career that has never been short of elegance.
Much of the album sounds like it’s made up of what would, in previous years, have only qualified as the introductions to songs. Opening track Ég anda takes an age to get underway, reverb-heavy guitars chiming quietly before Jónsi’s distinctive falsetto floats in over what sounds like an army of music boxes, and, though Rembihnútur lifts off towards its end in a familiar fashion, drums are largely limited to distorted electronic pulses and there are none of the earth-scorching effects that have previously characterised similar moments.
In fact, the album’s final three tracks are all instrumental, but fortunately they’re all rather bewitching, especially the atmospheric title track which creeps with the grace and speed of cooling lava. Varðeldur, meanwhile, offers a fragile charm reminiscent of their former string section, Amiina.
The album’s highlight is Varúð, an elegiac, spectral hymn whose chorus ascends heavenwards in the traditional Sigur Rós manner, its sound becoming more and more saturated as it does so, and, for some, Valtari will lack similar climactic moments of release.
For those more patient, however, the album represents calm after a storm, and highlights how Sigur Rós remain as eager to challenge themselves as their audience.