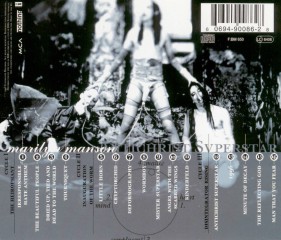 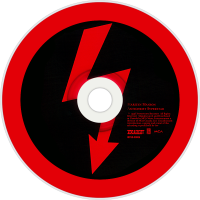 Antichrist Superstar is the second full-length studio album by American rock band Marilyn Manson. It was released on October 8, 1996 in the US through Nothing and Interscope Records. The record's success in mainstream charts turned the band and its frontman into a household name. This led to numerous protests from religious and civic groups such as the American Family Association due to the band's perceived anti-Christian stance as well as the transgressive and confrontational nature of their music, performance and appearance.

It is a rock opera concept album and the first installment in a trilogy that includes Mechanical Animals and Holy Wood (In the Shadow of the Valley of Death). After the release of Holy Wood, Manson revealed that the overarching story within the trilogy is divulged in reverse chronological order. Holy Wood, therefore, begins the story, followed by Mechanical Animals, and concluding with Antichrist Superstar. It was recorded at Nothing Studios in New Orleans and produced by Trent Reznor of Nine Inch Nails.

The album was certified platinum on December 11, 1996, and double platinum on September 18, 1997, and has sold over 7 million copies worldwide. It spawned two commercial singles ("The Beautiful People" and "Tourniquet"), and an autobiography. The band supported the album with the controversial Dead to the World Tour.