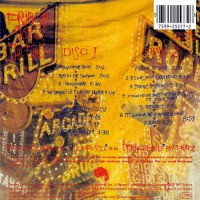 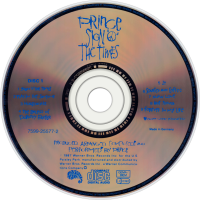 Sign "O" the Times, stylized as Sign "☮" the Times, is the ninth studio album by American recording artist Prince. It was released on March 31, 1987 by Paisley Park Records and Warner Bros. Records. The album is the follow-up to Parade (1986), and Prince's first "solo" album following his departure from The Revolution; the symbol between the quotes is a peace sign.
The album's music draws on funk, soul, psychedelic pop, and rock music. Sign o' the Times features lyrical themes such as the depressing state of the world in the title track, gender identity/androgyny in "If I Was Your Girlfriend", party funk in "Housequake", sexual lust in "It", replacing a loved one in "I Could Never Take the Place of Your Man", and spiritual enlightenment in "The Cross". The album also had an accompanying concert film of the same name.
Michaelangelo Matos of Spin cites the album as "the last classic R&B album prior to hip-hop's takeover of black music and the final four-sided blockbuster of the vinyl era." Keith Harris of Blender dubs it a "masterpiece" and comments that "never has curiousity about women strayed into so many unpredictable corners." In The New Rolling Stone Album Guide (2004), Matos calls it " best album, the most complete example of his artistry's breadth, and arguably the finest album of the 1980s."

Album Review
The release of Sign O’ The Times marks Prince’s first album since his disbanding of the Revolution in October 1986 – the result of which triggering much of the content to be reworked, although members of the Revolution still feature in the final configuration of the album (and entirely on It’s Gonna Be a Beautiful Night – their final recording as a group).

In 1986 Prince planned to release an 18-track double album named Dream Factory, which later that year became an 8 track album named Camille. In early 1987 its configuration evolved into a 22-track triple album and was again renamed, Crystal Ball, and with all the songs credited to Prince but under the pseudonym Camille. When passing it to Warner Brothers they however felt that the scale proposed for the release would be better reduced to a double album and the short listed songs formed this yet again renamed project, Sign O’ The Times (stylized as Sign “☮” the Times).

Sign O’ The Times has since become Prince’s most critically acclaimed work, but sold just 1.8 million copies in the US and 1.3 million elsewhere. It is certified Platinum by the RIAA and is ranked by The Times newspaper at number 23 in their list of top albums of all time. Part of tour supporting it was filmed for the concert movie Sign O’ The Times, with extra scenes filmed at his newly completed and personal studio complex Paisley Park, formerly, ‘The Warehouse’.