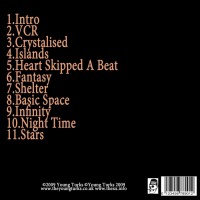 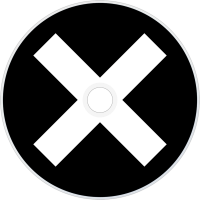 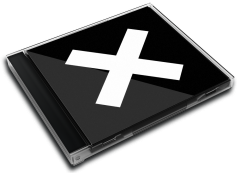 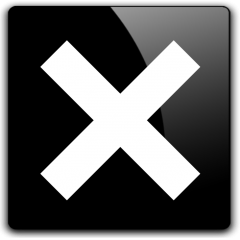 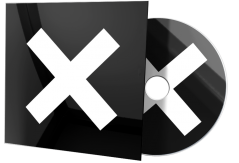 xx is the debut studio album by English indie pop group The xx, released on 17 August 2009 by Young Turks. The self-produced album was recorded at XL Studios in West London between December 2008 and April 2009.
Upon its release, xx received general acclaim from music critics, and it was subsequently included in several publications' year-end lists. In 2010, it was awarded the Mercury Prize. xx spent eighty-seven weeks on the UK Albums Chart, and was certified platinum by the British Phonographic Industry. UK sales as of September 2011, stand at 405,000 copies.

User Album Review
The xx, like Burial’s William Bevan and Four Tet’s Kieran Hebden, studied at Elliott School in Putney, a pleasant south-west London suburb. But on the basis of this sleek debut this ice-cool quartet could surpass the achievements of their secondary school alumni.
Naming an album opener Intro prepares listeners for low expectations, so it's a great surprise when the track snakes in with a tightly coiled riff initially reminiscent of Casiokids' ace Fot I Hose. It doesn't turn into an immense house-echoing banger like the Norwegians’ tune, but when beats do arrive they're heavy enough for dubstep.
If Intro is a template for xx's simple, minimalist songs, VCR sets a precedent for winning vocal interplay between Romy Madley Croft and bassist Oliver Sim. With Jamie Smith's simple chiming production suggesting a nod to Brooklyn wonders Chairlift, Croft emotes breathily: “You used to have all the answers and you, you still have them, too.” Sim, meanwhile, sighs like a regretful Lou Reed.
A seemingly unlikely influence it may be, but amid the deep house beats of Island, the melody from Tom Petty's I Won't Back Down makes an appearance. Despite the incongruity, the motif evokes a sense of quiet triumph.
Fans of the midnight guitar in Chris Isaak’s Wicked Game will appreciate Infinity. While reverb-swollen chords drift by, Croft is hell-bent on mimicking Mazzy Star chanteuse Hope Sandoval in front of the microphone. And she succeeds beautifully.
Every song here is an enigmatic and moody blend of smoky crooning, nimble keyboard trickery and slippery treble-heavy riffs. Such self-awareness and focus is commendable given so few experienced bands, let alone newcomers, can manage it.
Yet xx’s consistency is also its sole undoing. The xx have perfected one formula but appear scared to develop any more, wary of branching into different tempos or styles. Fortunately this fault is not fatal ”“ after all, many successful bands, from Oasis to AC/DC, have only ever had one killer idea.
Whether The xx plough on in the same noir direction of this debut or pursue new tangents, it must be hoped the Londoners are able to maintain their affecting hold on the listener whatever the stylistic surface.