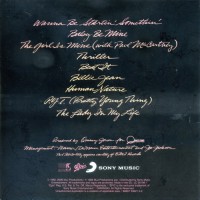 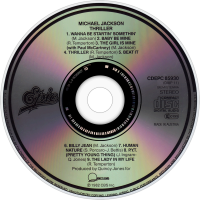 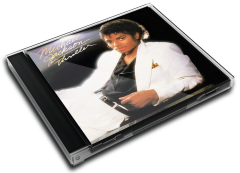 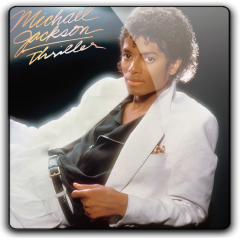 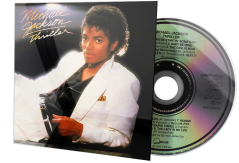 Album Review
It’s hard to believe now, but when Michael Jackson’s Thriller was released in the UK in time for Christmas 1982, there was an initial sense of misfire. In choosing the album's most lacklustre track, The Girl Is Mine, as its lead single, the postcard delivered was mildly disappointing. The playful duet with Paul McCartney, chosen no doubt to emulate the success McCartney had had earlier the same year with Stevie Wonder on Ebony and Ivory, was simply not what the listeners were expecting. It reached number eight on the UK chart, and the album sold well, but certainly not in the manner that the man who’d delivered Off the Wall should have done.
By the following Christmas, Thriller had become the phenomenon it remains to this day. Singles kept dropping off the album like golden fruit from a platinum bough: the precision snap of that snare on UK number one Billie Jean; the raucous Eddie Van Halen guitar on Beat It; the groove-driven frenzy of Wanna Be Startin' Something. It became apparent that this was a remarkable, ever-yielding pop jukebox.
By 1984, the album got an extension on its lifecycle with the John Landis-directed video for Thriller, which took the album from successful pop record to cultural icon. Casting the then-clean cut, scandal-free singer as a werewolf in a 15-rated short film was a risk, but one that truly paid off. Soon enough Thriller had become a greatest hits package ”“ seven of its nine tracks were issued as singles.
Love it or hate it, Thriller is pop's great, immovable Everest. Marketing departments realised that more and more singles could be pulled from a record to prolong its shelf life, and Michael Jackson became the King of Pop with the whole of the recording industry at his investiture.
It was, of course, never the same for Jackson after Thriller. All that followed was a long, gradual downhill slope that culminated in some forgettable records and a tragic early death. But this view from the summit remains unparalleled.