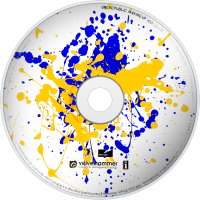 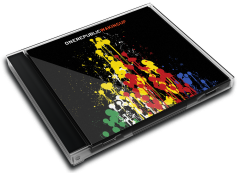 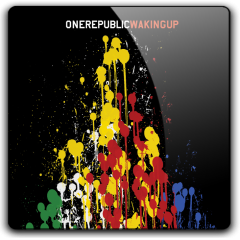 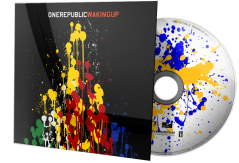 Waking Up is the second studio album by American rock band OneRepublic, released through Interscope Records on November 12th, 2009. The album peaked at number 21 on the Billboard 200 and has sold over 400,000 copies in the U.S and over 800,000 total.

Lead singer Ryan Tedder has stated in an interview that Jerrod Bettis, who was a former OneRepublic member, had come up with the idea for the album cover while in Seattle. After the success of OneRepublic's debut album, Dreaming Out Loud, they began work on a second album in 2008. Lead singer Ryan Tedder announced on July 21, 2009, that the band's second album would be completed five weeks from that date which was August 25, 2009. On September 6, 2009, the band posted a low-quality version of the first single from their second album, "All the Right Moves", while a higher quality version can be found on their MySpace page. On September 8, 2009, the band posted samples of 4 of their songs from the new album onto their MySpace page. 11 songs were announced to make up the track list, which was officially confirmed by Amazon's German site on November 3, 2009.

User Album Review
Musical magpies by their own admission, the “sum of a bunch of parts”, Colorado-formed pop-rockers OneRepublic aren’t afraid to confess their unoriginality. Of course it helps that their debut, Dreaming Out Loud, sold by the skip load and that sole creative force Ryan Tedder has a tidy sideline in writing for artists like Leona Lewis and Westlife to supplement the day job income. But financial matters aside, it’s refreshing to see a band accepting that they’re nothing remotely special.
As that’s precisely what One Republic are. Second album Waking Up is a set of polished arrangements so middle of the road they make Snow Patrol sound like Animal Collective. Melodies are catchy, as you’d expect given the group’s past form – first album singles Apologize and Stop and Stare were huge hits in the US and the UK – but stereotypical of design, blatant of intent and as subtle as using a sledgehammer to demolish a Sticklebrick construction. Lyrics are, largely, saccharine and suffocating of faux-emoting, sincerity tossed to the wind to tick a handful of commercial radio boxes.
But despite its obvious shortcomings, it’s hard to criticise Waking Up too heavily. After all, its makers don’t pretend to be what they’re not, and there’s little in the way of the off-putting posturing found with indie acts with ideas above their stations (step forward Hard-Fi, The Enemy, Kasabian). Put simply, this is good – good meaning well-researched and accomplishedly recited, rather than five-star acclaim – pop with enough massive hooks to supply several whaling fleets. The title track is a by-the-book holler-along for the band’s live following; lead single All the Right Moves mixes noisy regimented percussion with lightly melancholic lyricism; and Secrets sounds like it was written to accompany ads for new cars and the insuring of them alike.
It all might appear very mercenary, made with a pre-determined demographic in mind and tailored to suit its tastes rather than exhibit any progression within Tedder’s own abilities, but Waking Up’s mass-appeal anatomy is oddly admirable. By repeating the successful formula of their first album, OneRepublic aren’t going to turn the critics who savaged their debut. But with their eyes exclusively on the larger prizes offered by mainstream acceptance, one assumes they couldn’t care less.