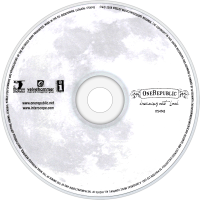 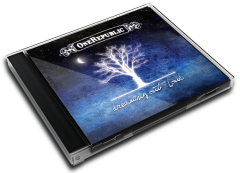 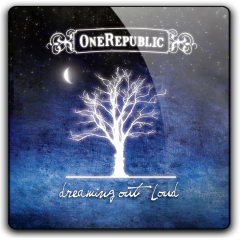 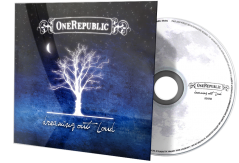 Dreaming Out Loud is the debut album by American rock band OneRepublic. The album was released on November 20, 2007 by Interscope Records. The album was recorded between 2004 and 2006 and it was produced by Greg Wells, with two songs produced by singer Ryan Tedder, and was engineered and mixed by Joe Zook. The album follows two years of massive success on MySpace where the band has appeared in MySpace Music's Top Artists since early 2006, with over 28 million total song plays counted. The album was released after the success of a remix version of the lead single "Apologize", which was produced by Timbaland. The song reached number one in many countries, while it peaked at number 2 on the Billboard Hot 100 chart. The following single "Stop and Stare" was also a success, while "Say (All I Need)", "Mercy" and "Come Home" were also released as singles.

The album received generally mixed reviews from music critics. Many critics cited U2, Coldplay, The Fray, Muse and Snow Patrol as the band's influences on the album. Some commended the band for having a "tremendous confidence apparent in the craft of creating pleasing music", but others felt it was an unoriginal album and thought that Tedder continued to fare better whenever he was writing for groups other than his own. Many critics noted that it was difficult to distinguish the differences between some tracks. The album reached top ten in many countries, including the Australian Albums Chart, Canadian Albums Chart, German Albums Chart, UK Albums Chart and others. It debuted at number 14 on the Billboard 200 chart. Dreaming Out Loud has been certified Platinum by the RIAA.

User Album Review
OneRepublic sprang to fame last year when producer Timbaland – a massive fan of the band’s singer/songwriter, Ryan Tedder – featured a remix of their Apologize on his Shock BVlue album. After the song's appearance in a slew of teen-centric American TV dramas, allied with two years of MySpace notoriety, it destroyed all chart competition at the end of 2007. And now the UK public get to hear their debut album, stuffed to the gills with similar fare.
Firstly, while the band, their record company and Timbaland (who twiddles the knobs here) all want you to believe that they're a 'rock' band, nothing could be further from the truth. Tedder's genius (of a sort) is that he's been able to take the almost perfect demographic of U2's anthemic choruses and Coldplay's angst-ridden, chiming melodies and weld when with hardly a seam in sight. Yet Tedder's vocals are pure boy band pop. Mated with Timbaland’s bubbly r 'n' b production, and despite the stadium-filling guitars and rattling drums, Dreaming… remains an album that will appeal to fans of the OC and those moments when the lovelorn antics of the cast demand some cod-existentialism.
In the context of chart action this is no bad thing, however. Tedder and co. really can deliver hook after hook. And it's not all flag-waving stuff. Goodbye Apathy has a chorus that’s charmingly harmonious while Won't Stop is a warm shuffle that only the hardest of hearts could resist. A little bit Travis-like, in fact. And as mentioned, songs like Apologize, Mercy or All We Are are built to raise lighters the world over. But delve a little deeper and the lyrics deliver hardly any grist for the mental mill. It's too cliché-ridden by far.
Add to this the band's rather disturbing need to endlessly thank their creator in the sleeve notes and, to the paranoid amongst you, the band's name may start to hint at a more sinister agenda that seeks to deliver conformity in the guise of what was once the medium of rebellion. In the end, despite the skill (and there is a whole load of it on display here) this is all you're left with. Music shouldn't be wasted on such empty gestures. It may be pop, but it's a long way from fun.