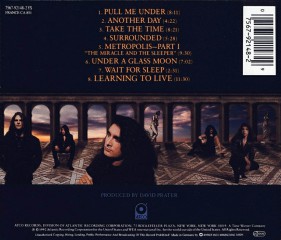 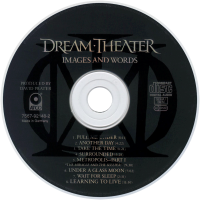 Images and Words is the second studio album by American progressive metal band Dream Theater, released in 1992. It was recorded in late 1991 at BearTracks Studios in Suffern, New York. The album is the first Dream Theater release to feature James LaBrie on vocals. The album maintains its position as the band's most commercially successful studio album to date, and the song "Pull Me Under" has the distinction of being the only Top 10 (radio or otherwise) hit the band has ever had. This particular song has also had more recent success as it has appeared in the video game Guitar Hero World Tour.

On release, the album was met with universal acclaim and many critics and fans cite this album as a landmark release for the progressive metal genre. The album later received an RIAA certification of gold, the band's only studio album to date to do so.

Although there is no title track on this album, the phrase images and words appears in the song "Wait for Sleep".

After Charlie Dominici's departure from the band, the band auditioned nearly 200 people across the nation before James LaBrie sent the band an audition tape. LaBrie was formerly in the Canadian glam metal band Winter Rose, but saw potential in the band, and thus decided to audition. After a short jam session, the band chose him as their lead singer, and he has manned the post ever since.

With LaBrie on board, the band was signed to a seven album contract by Atco Records, and shortly after began recording their new album. The lead single, "Pull Me Under", gained the band considerable commercial success with its airplay on MTV and radio, garnering them a Top 10 hit on the radio charts. When the album was released, it sold at a steady pace, helped by their relentless touring across the world.

Images and Words was played in its entirety, on several occasions, during the European leg of the "Chaos in Motion" tour, in celebration of its 15th anniversary. It was performed on June 6, 2007 in Bonn, Germany, and was released as The International Fan Clubs CD 2007. On July 7, 2012, the twentieth anniversary of the album's release in 1992, Dream Theater performed three songs from Images and Words as the encore of their concert in Austin, Texas: Pull Me Under, Another Day, and Metropolis Pt. 1 (in addition to Surrounded, which was performed during the main set).