No Line on the Horizon 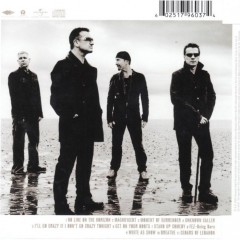 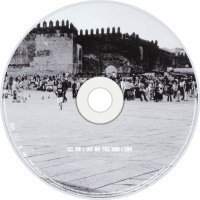 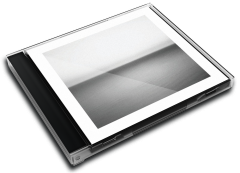 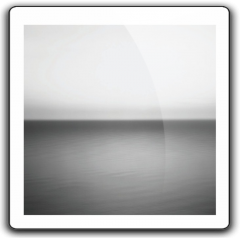 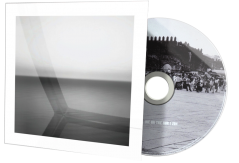 No Line on the Horizon is the twelfth studio album by rock band U2. Released on 27 February 2009, it was the band's first record since How to Dismantle an Atomic Bomb (2004), marking the longest gap between studio albums of U2's career. The band originally intended to release the songs as two EPs, but later combined the material. Photographer Anton Corbijn shot a companion film, Linear, which was released alongside the album and included with several special editions.
U2 began work on the album in 2006 with record producer Rick Rubin, but shelved most of the material from those sessions. From May 2007 to December 2008, the band collaborated with Brian Eno and Daniel Lanois, who produced and co-wrote many of the new songs. Writing and recording took place in the United States, United Kingdom, Ireland and Morocco. The group intended to release No Line on the Horizon in November 2008; after composing 50 to 60 songs, they postponed the release because they wanted to continue writing.
Prior to release, U2 indicated that Eno's and Lanois' involvement, as well as the band's time in Fez, Morocco, had resulted in a more experimental record than their previous two albums; the band compared the shift in style to that seen between The Joshua Tree (1987) and Achtung Baby (1991). Upon its release, No Line on the Horizon received generally favourable reviews, although many critics noted that it was not as experimental as previously suggested. The album was not as commercially successful as anticipated, and the band expressed disappointment over the relatively low sales, compared to previous albums, of five million copies. U2 supported the album with the U2 360Â° Tour, which became the highest-grossing tour of all time.

User Album Review
Like all of U2's best work there's a schism at the heart of their 12th studio album. It's the polarity between the hedonistic and the profound; the thin line between the general and the particular: rock and a very hard place. Their very lucrative humanitarianism may stick in the craw of many, but this skill allows them to make important points about all our lives while never forgetting to move our collective booties.
Much of No Line On the Horizon examines the state of the planet from the viewpoint of victims and witnesses. White As Snow sets a traditional air beneath a tale of an Afghanistan where, ''only poppies laugh under a crescent moon''. World citizenry is reflected in uber-cool, William Gibson-style lyrics on Breathe (''16th of June, Chinese Stocks are going up, And I'm coming down with some new Asian virus''). Only in Unknown Caller's dreadful ''Force quit and move to trash'' lines does the hi-tech metaphor card get overplayed.
There's plenty to rejoice about here. Not only is old mucker Steve Lillywhite back at the desk on several tracks, resurrecting the days of War, but the Edge's guitar also returns to the glory days on the title track as well as the hilariously titled I'll Go Crazy If I Don't Go Crazy Tonight; with the echo pedal set to 11. Add to these the massed ''oh, ohs'', and this at least feels like a classic; even if a lack of obviously hummable tunes makes it more of a grower than an instant hit.
The symbiotic relationship with Brian Eno (and Daniel Lanois) seems to have reached the point of imperceptibility. From the musical box sprinkles on the chugging title track to the midway palate cleanser FEZ-Being Born's cut-up first half, the touch may be light but it's now as much a part of their sound as Larry's rattling toms or Adam's one-note runs.
Get On Your Boots sounds unnervingly like U2 doing a Muse impersonation. Not necessarily a bad thing but, as on Pop, it sounds odd when U2 sound like followers rather than leaders. But it would be unrealistic to expect a band at the wrong end of a 30-year career to be as lithe as they once were.
There are at least two classics here. The closing Cedars Of Lebanon is a beautifully weary tale told by a journalist in the Middle East; while conversely Stand Up Comedy is a rowdy, grand gesture urging you to ''stand up for love'' as only U2 can. It also contains one of Bono's greatest lines in "stop helping God across the road like an little old lady''.
It seems that faith is what still drives these men: the faith in music to convey an important message and faith in the power of faith itself. But overall No Line On The Horizon proves that U2 really still have faith in themselves.