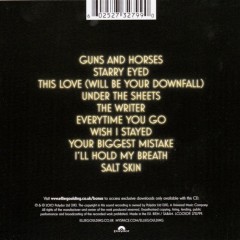 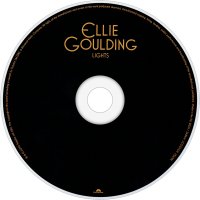 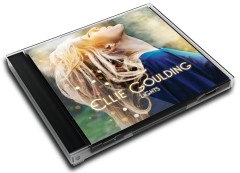 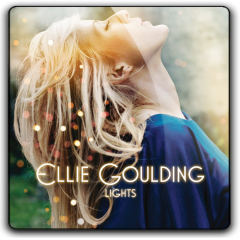 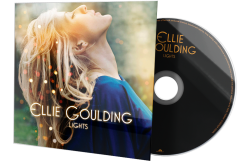 Lights is the debut studio album by English recording artist Ellie Goulding. It was released in the United Kingdom on 1 March 2010 by Polydor Records. Produced by Starsmith, Frankmusik, Fraser T. Smith and Richard Stannard, the album received mostly positive reviews from music critics. It debuted at number one on the UK Albums Chart and spawned four singles: "Under the Sheets", "Starry Eyed", "Guns and Horses" and "The Writer". The album has since sold more than 650,000 copies in the UK.

The album was re-released on 29 November 2010 as Bright Lights, including six brand-new tracks. It has so far produced two additional singles, those being a cover of Elton John's "Your Song" (which went on to become Goulding's biggest hit to date in the UK, reaching number two) and the title track "Lights".

Following the re-release, the album saw a surge in sales in both the UK and Ireland. On 8 March 2011, the album was released in the United States featuring three songs that were previously not available on the original version, but were included on the Bright Lights reissue.

Album Review
That Ellie Goulding topped the BBC’s Sound of 2010 poll and won the Critics’ award at the Brits counts for precisely nothing as of now. Her debut album signals the next chapter in the career of an artist who, with only a pair of singles reaching the world beyond the music industry, seems to have been handed success on a plate. But the past is just that, the page has turned; here is where Goulding truly lays down the foundations for either a 15-minute stand or, she’d hope, a lengthy tenure in our hearts.

Good news: Lights is an expectations-passing collection that should see fans of the singer’s material to date elevating her to superstar status – perhaps not Gaga league, but certainly the equal of the current solo female du jour, Florence Welch. Both possess vocals that can rub a listener the wrong way, but Goulding’s lyricism surpasses Welch’s exacerbating I’m-so-wacky-me artifice, connecting on a commendably affecting level with no little frequency.

She’s not a bad vocalist, but there are moments when an endearing cuteness crosses into uncomfortable irritation, a purr peaking to a piercing squeal. With words cut-and-pasted across compositions that dance with contemporary class – the presence of Starsmith (Marina and the Diamonds, Paloma Faith) and Fraser T Smith (Tinchy Stryder, N-Dubz) ensures an up-to-the-moment production modernity shines through – there are parallels with Frankmusik’s enjoyably breathless patter throughout. The polish, laid thick but even, keeps the consistency controlled – ballads like The Writer and I’ll Hold My Breath retain the glossy attraction of singles Under the Sheets and Starry Eyed. Wish I Stayed is the album’s skilfully sound-scaped highlight, percussively brutish but comely of light keys.

What really sells Goulding as a hyped artist with substance enough to qualify the acclaim, though, is her way with words. She’s not showy, but cuts to the core of each matter with the accomplished efficiency of an artist twice her age. Considering she only signed her deal in the autumn of 2009, Lights represents a superb achievement in this respect – hackneyed heart-on-sleeve emoting is conspicuous by its absence, deliberately curt posers dominating proceedings. “Who am I to say I’m always yours?” she asks, and in one line addresses more romantic uncertainty than entire albums from her would-be peers.

Who, if you’d not already guessed, she spectacularly surpasses. 2010’s poll-winners’ party has only just begun, but expect Goulding to be the last one standing.