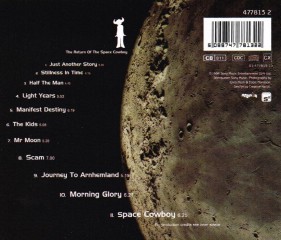 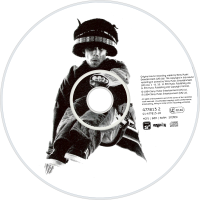 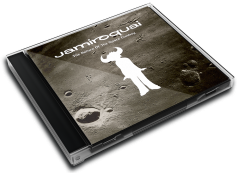 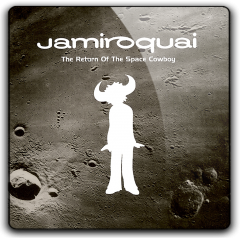 The Return Of The Space Cowboy is the second album by the band Jamiroquai. Released in 1994, it is usually classified under the acid-jazz and funk genre.
This album has become somewhat uncommon in the United States but remains a classic in the United Kingdom and elsewhere. Many consider it to be the best and most refined example of the unique Jamiroquai sound. The album has sold 4,000,000 copies to date. Bassist Stuart Zender does not appear on the album version of the song "Space Cowboy". Zender's explanation of the events which led to his non-appearance on the title track refer to a situation that occurred during the last stages of the album recording.
Jay Kay informed Zender that he wanted to record a new version of the title track. However, Zender had scheduled some time off to patch up his relationship with model Milla Jovovich. Kay gave his blessing to take the time off, but when Zender returned he found that Kay had recruited a session bassist, known only as "Mr X", to play on the song. Mr X is credited on the liner notes. The track "Morning Glory" was sampled in "Bite Our Style (Interlude)", a track by Missy Elliott from her album, Supa Dupa Fly. A similar occurrence occurred with "Manifest Destiny", sampled in "Who Do U Believe In", a track by Tupac Shakur from his album Better Dayz.